Mount Hamilton, one of the three legendary mountains of the San Francisco Bay Area, alongside Tamalpais (Marin) and Diablo (East Bay), rises suddenly and sharply out of the flat suburbs of San Jose in Silicon Valley, California. Within literally minutes, the scenery is the main focus of this road, rising above the valley with every turn of the pedals, with a clear view across to the Santa Cruz mountains on the other side.

I lived in California for almost a decade, racing all over the state and country, with Tamalpais being my training ground. But the long, scenic and tough ascent of Hamilton was always a treat, especially in the autumn months. I also raced the Mount Hamilton Road Race many times, which started at the base and went straight up the 30km ascent (1300m), down into the San Antonio Valley on the other side, and then followed the various climbs and twists as it headed north to the finish just outside Livermore. Invariably, the sun was hot, the skies were clear blue, and the vegetation a burnt golden brown.

Except this time. I started this nostalgic training ride in Alum Rock, under clear blue skies and warm temperatures — but I had heard that there had been snow at the top, something I had never seen in all my years there. The opening kms are gradual, calm, smooth and straight, offering great views over the Santa Clara Valley. The road then turns more into the mountain, winding back and forth along the hillside between the trees, the warm sunshine doing its work.

Then comes a left curve and a short flat, and the first view of the faraway summit of the mountain, recognisable from the Lick Observatory sitting right at the top, white buildings and spheres against the deep blue sky. But this was a view I hadn’t experienced — the mountainside around the upper section white with snow.

The climb drops into a small valley, where the temperature noticeably started to drop, and then begins the last long section of some 10km to the summit. The road snakes and winds every couple of hundred metres all the way up, the views of the valley below and the snowy summit above alternating with every left or right curve. The summit gets closer, but towers higher above you as it does. It’s one of those climbs, like the Stelvio, where a big amount of the altitude is achieved in the final part, as you look up at the wall above you.

About 7kms from the summit, with the temperature dropping to around 6 degrees, the snow started to appear along the side of the road, where it had been ploughed away recently. As the road snaked in and out, the sides were either clear with vegetation or white with snow, depending on their north or south facing angles. But as the road got higher, the snow was covering everything. There were also patches of black ice on the road in the shade of north-facing stretches, which I noted for the way down.

The final couple of kilometres were surreal. Climbing a sunny, dry road under deep blue skies, with 2 degrees and deep white snow on the side of the road, was made even more surreal by folks who had driven up from the valley below and were parked up, having snowball fights while wearing shorts, flip-flips, and the occasional bobble hat or scarf!

Rounding the final few bends, the observatory towering above, I climbed the last north-facing stretch of some 200m which was covered with flat white ice. Rideable, but certainly not sprintable for anything resembling an attempt at a Strava KOM!

Sadly, the road up to the observatory car park was closed with a Ranger’s car in place, so the final, unbroken views from the summit — down across the entire road ridden, the whole South Bay, and on clear days even to Mt Tamalpais some 150kms away — would not be enjoyed this day. But the climb was done, the scenery absorbed, and the nostalgia consumed.

The descent was remarkable for the change in temperature as San Jose approached, and for the fact that despite noting the black ice spots on the way up, I failed to remember one on the way down, and ended up sliding along on my hip for a short section. All good.

Finally back at the car and warmth below, looking back up the mountain gave a feeling of pure joy. The times I raced it, with the Pro-Elite field, it was merely an obstacle. Something one trained hard in the big ring for, starved themselves to shed kilos for, and gritted their teeth on the insane descent for. This time, it was pure enjoyment. Fresh air. And a surprise new memory along the way. 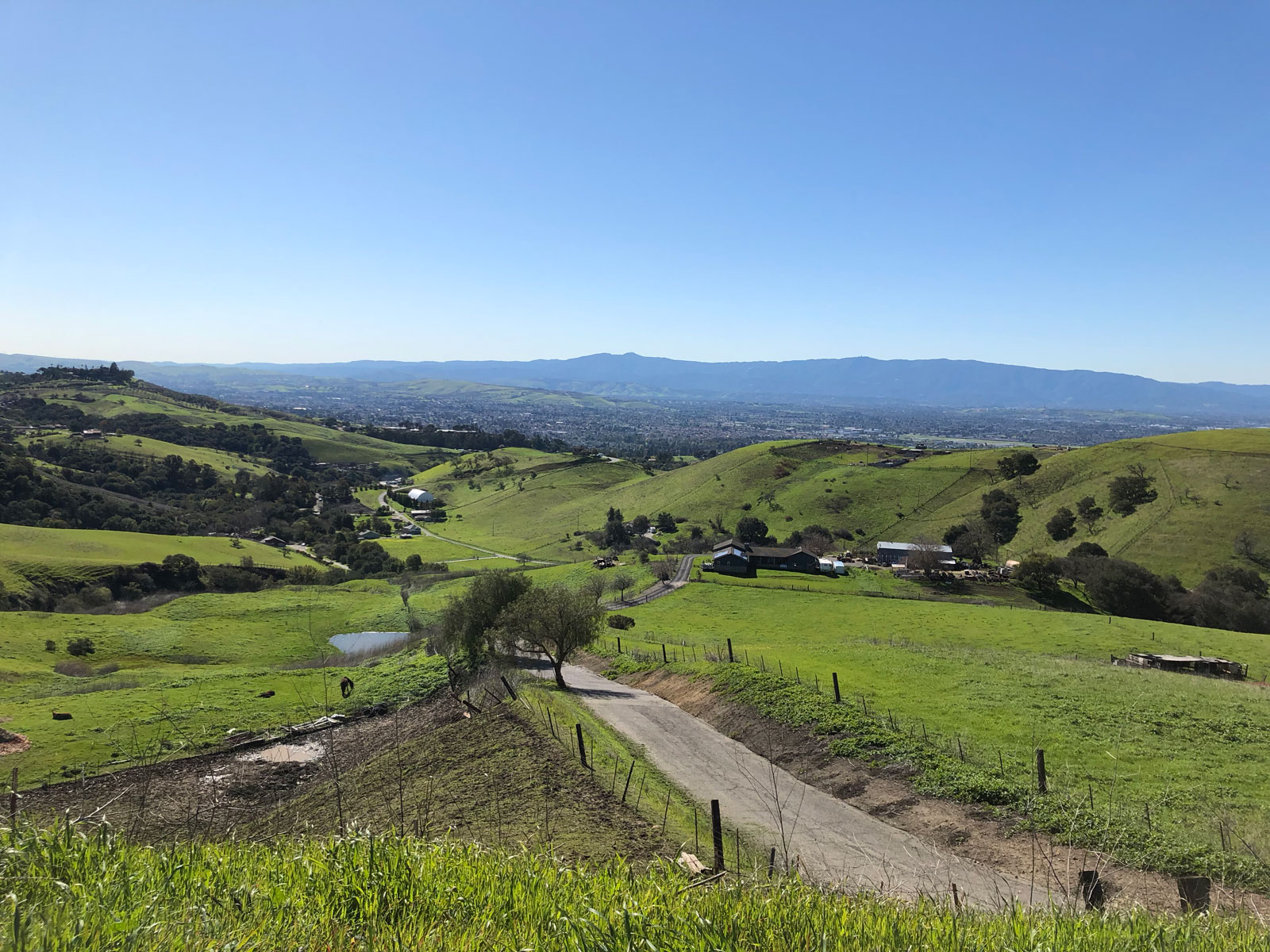 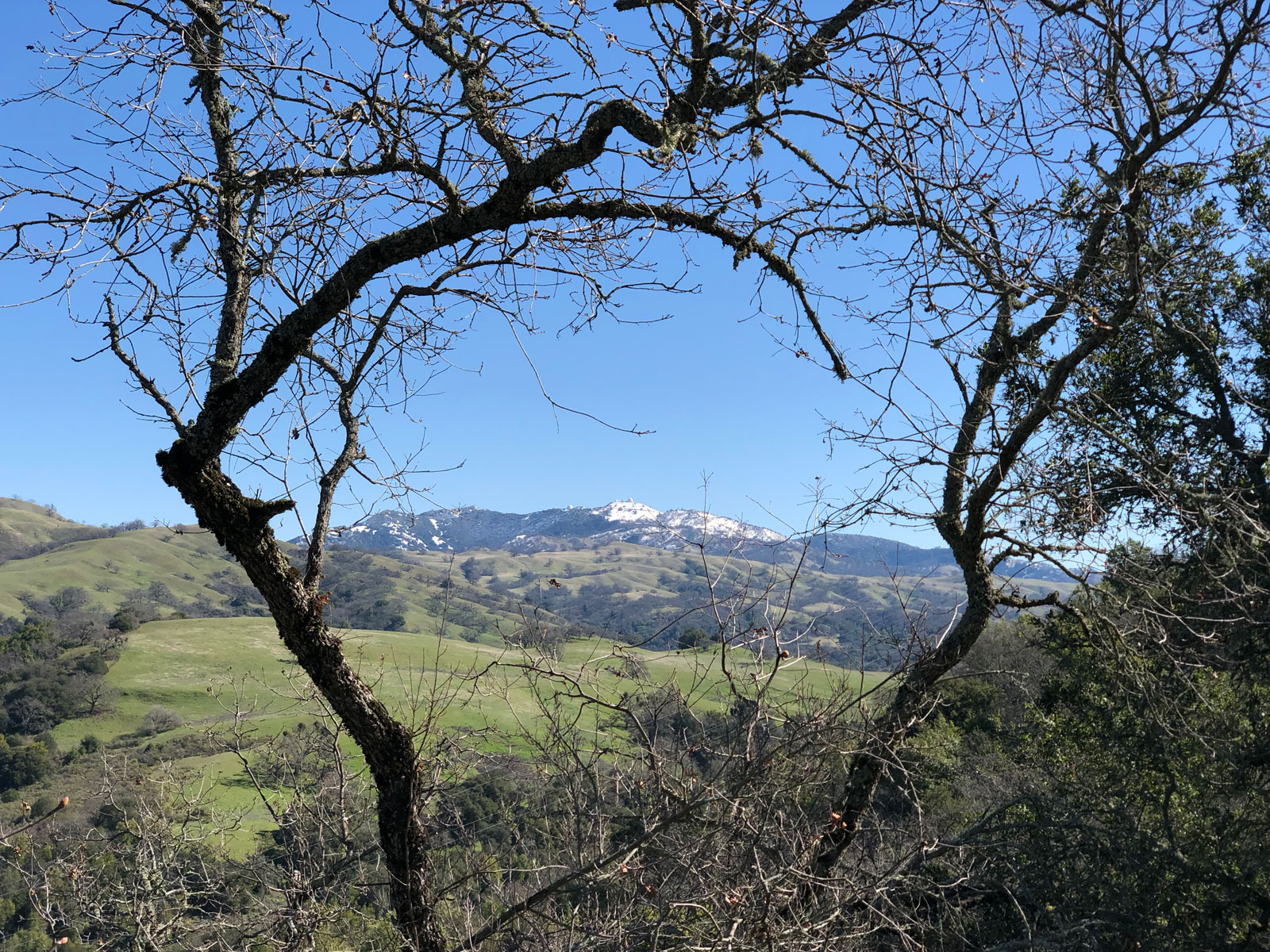 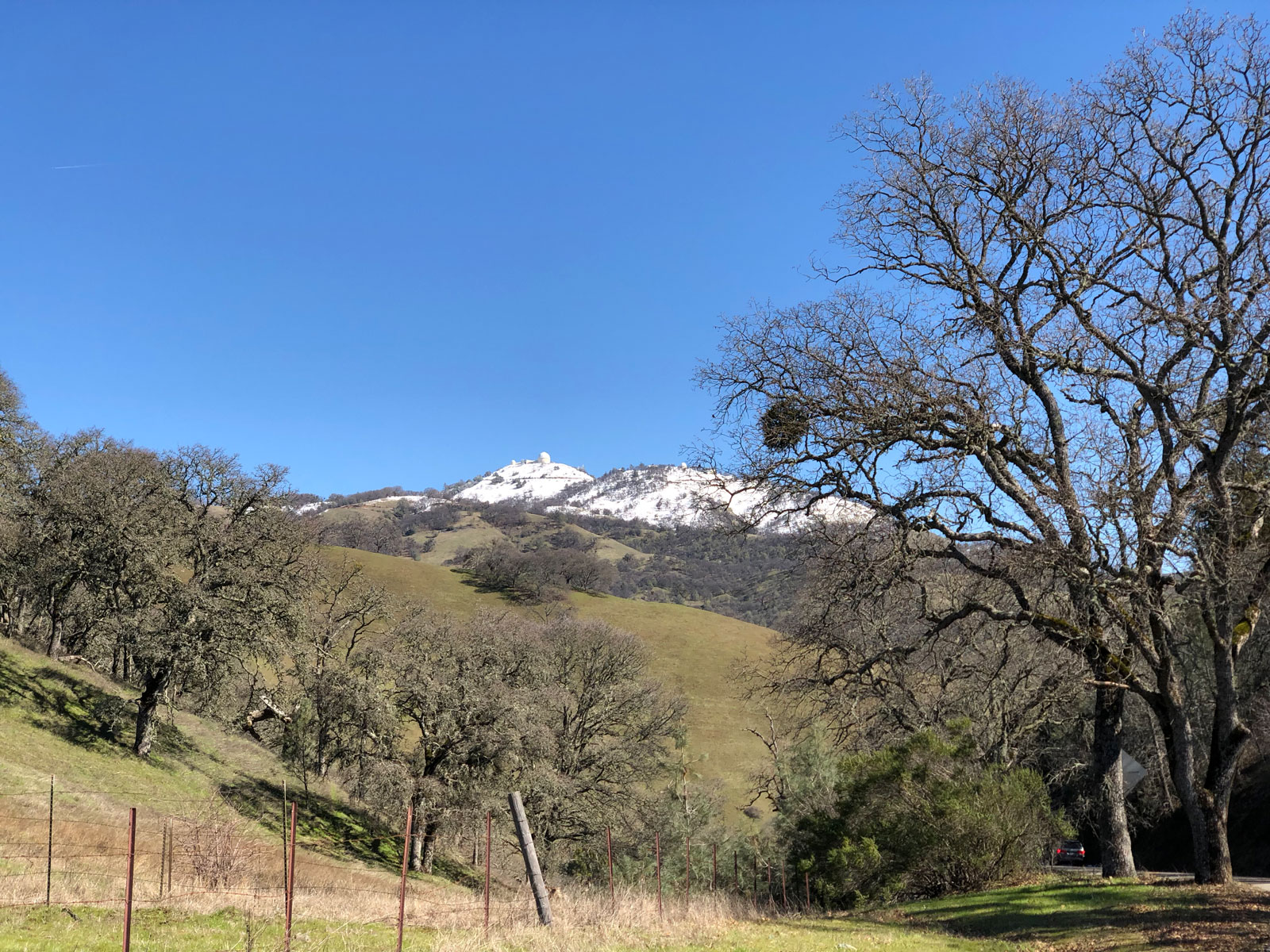 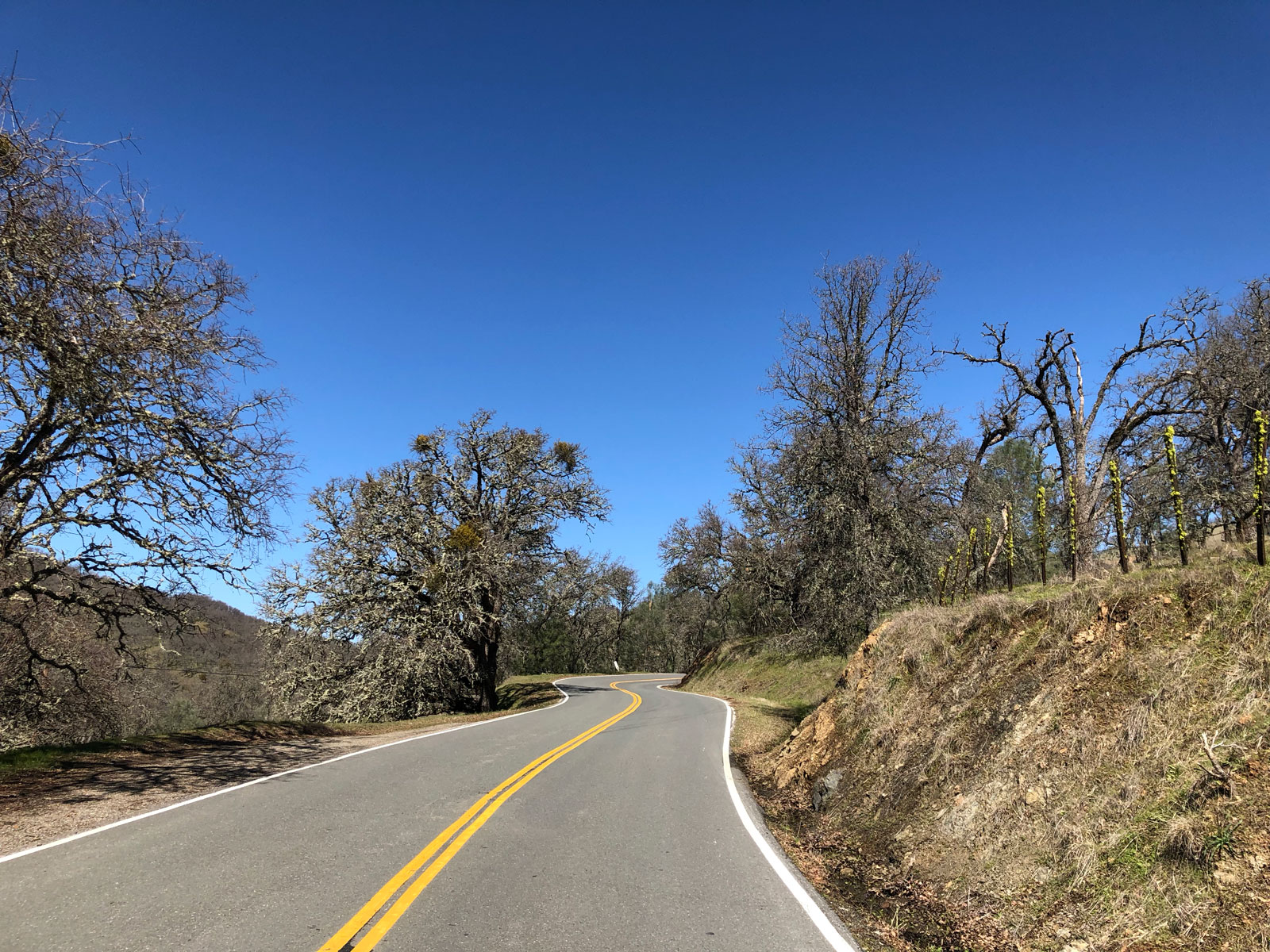 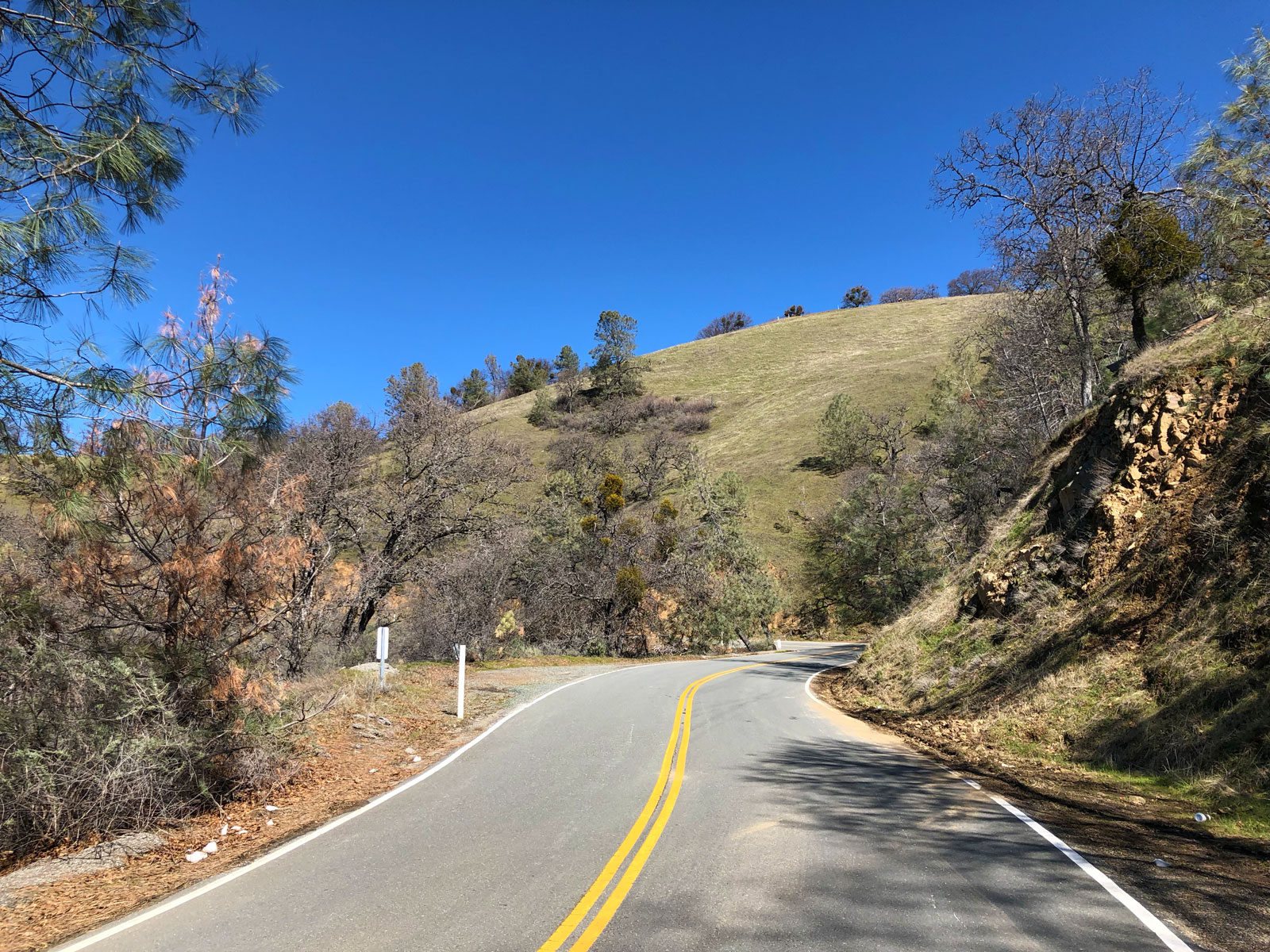 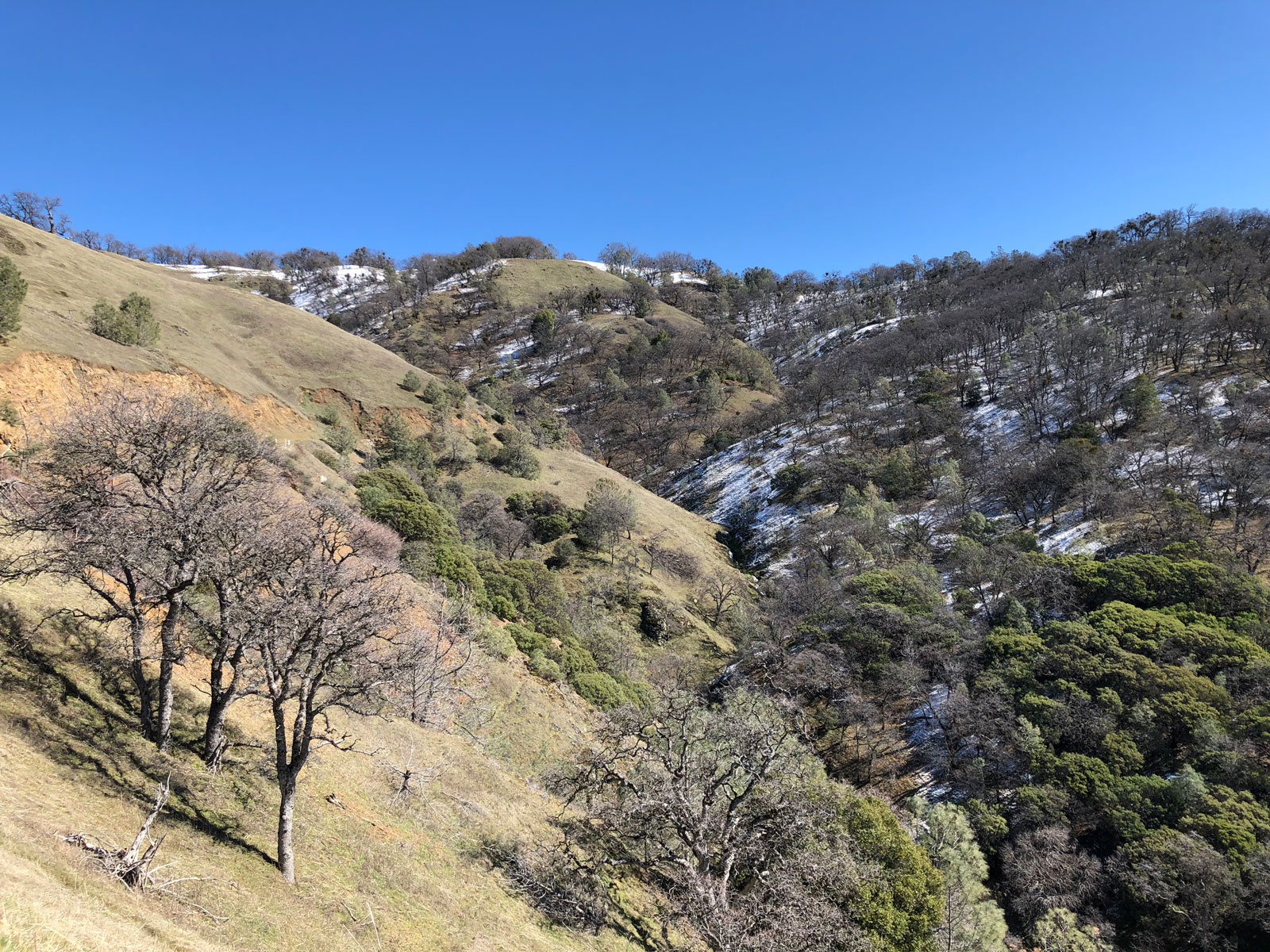 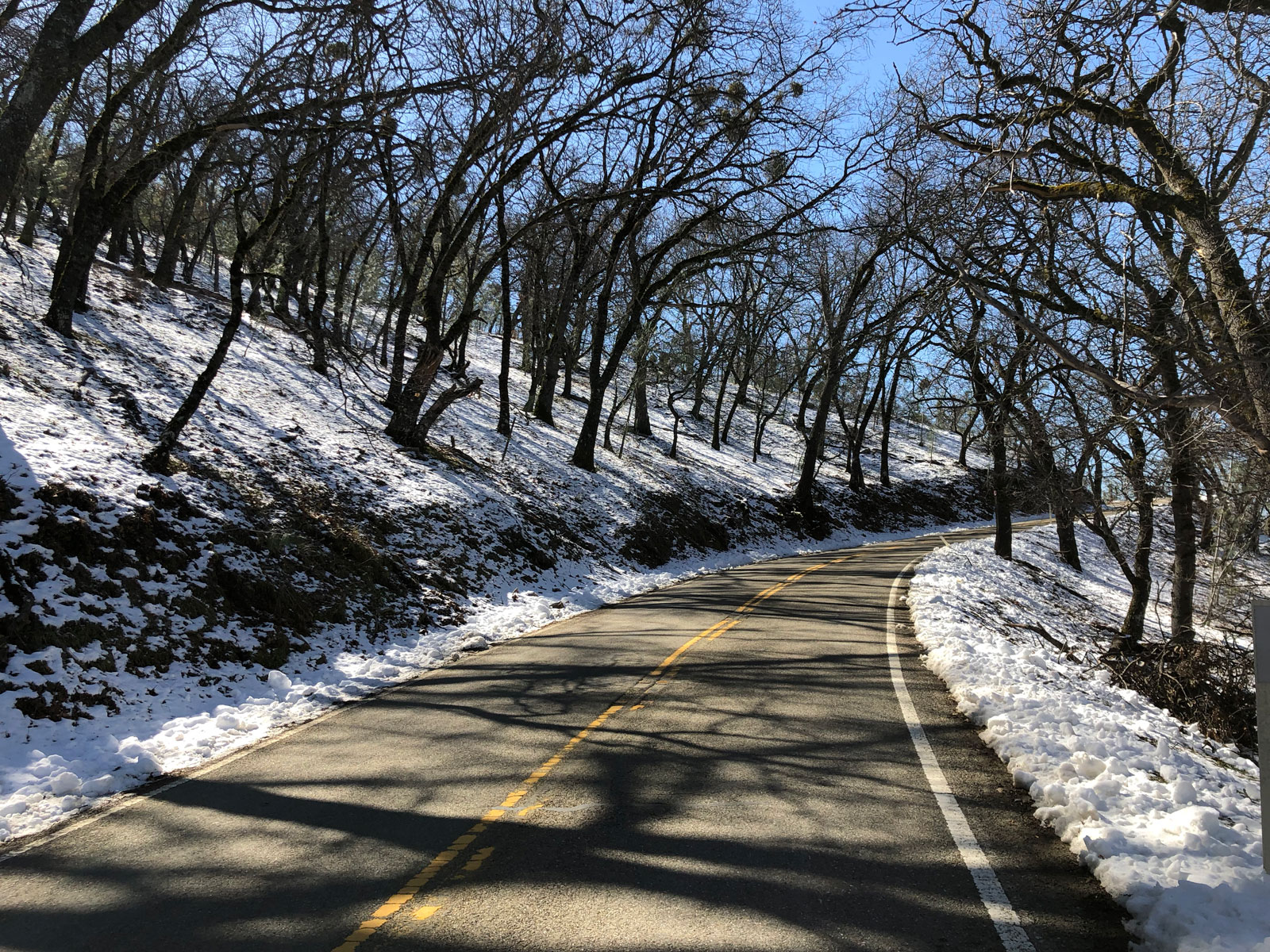 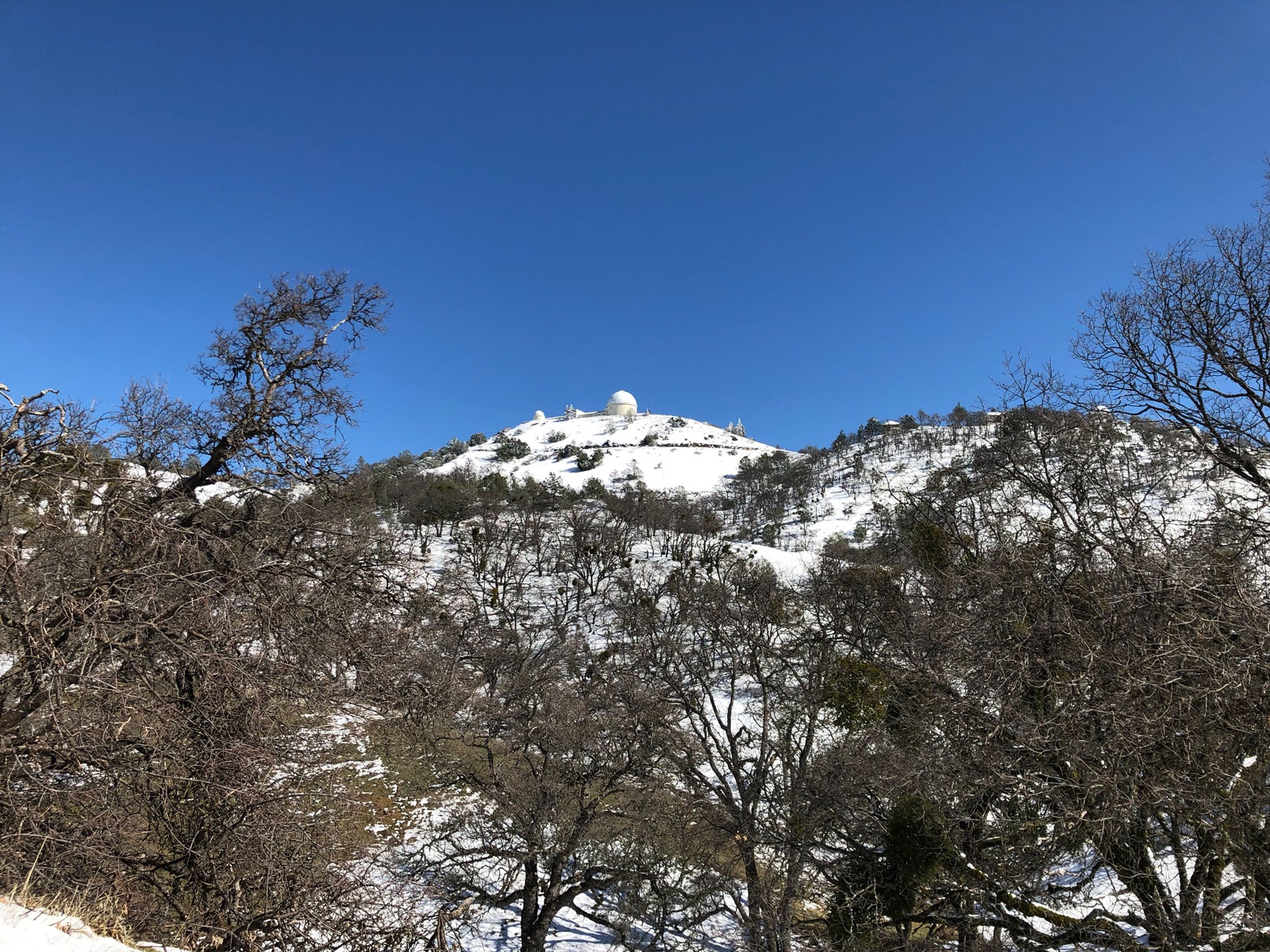 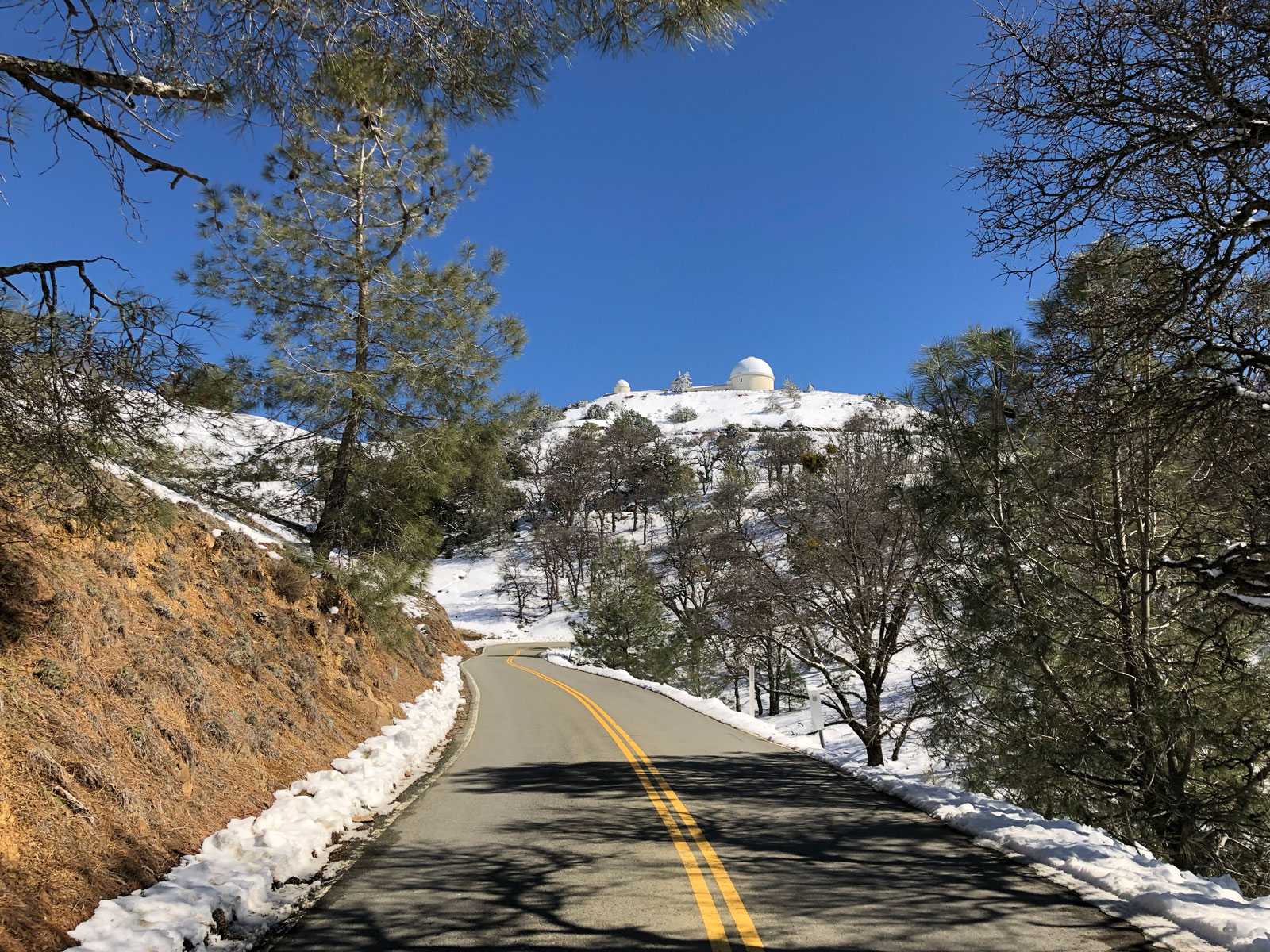 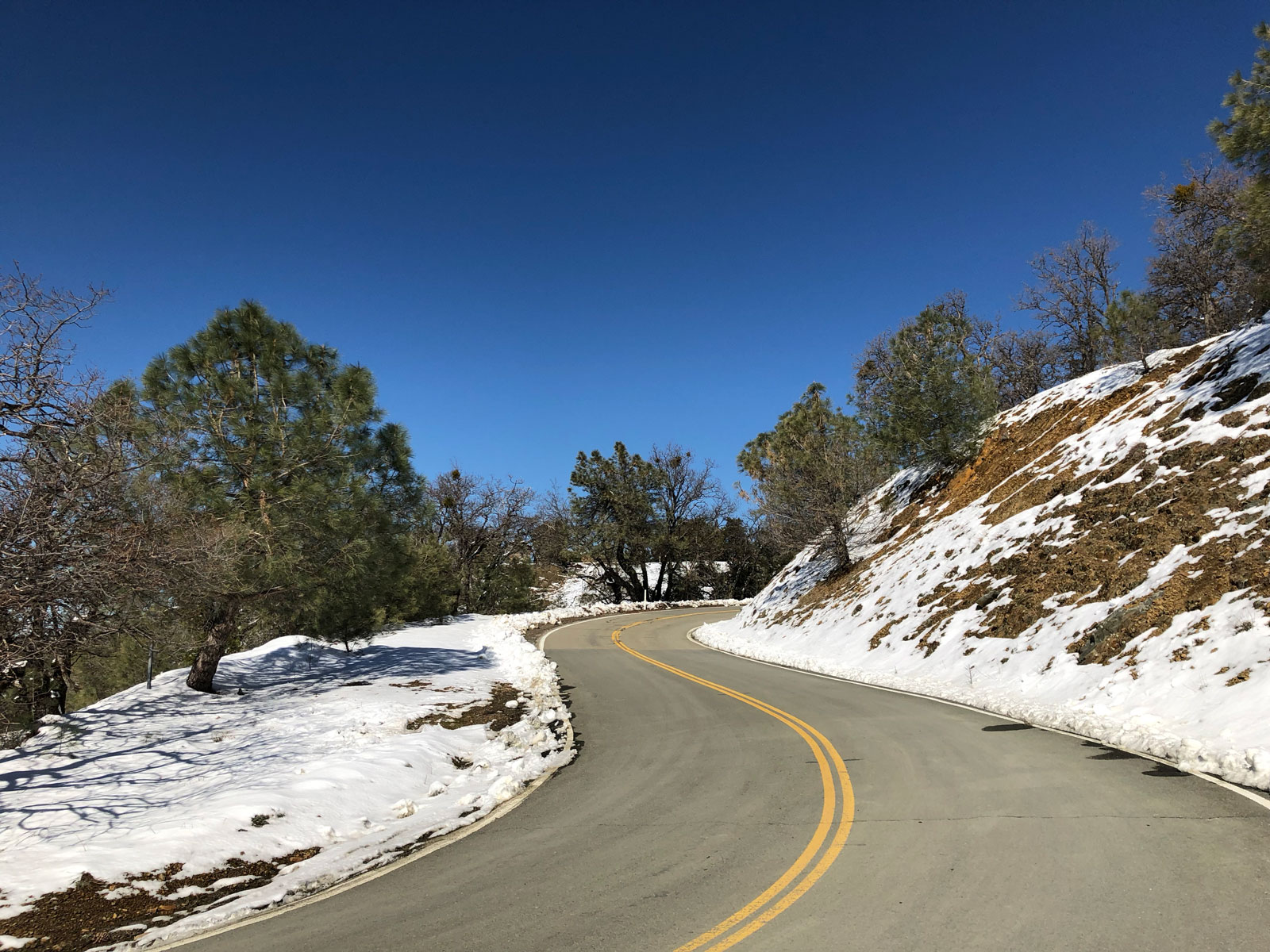 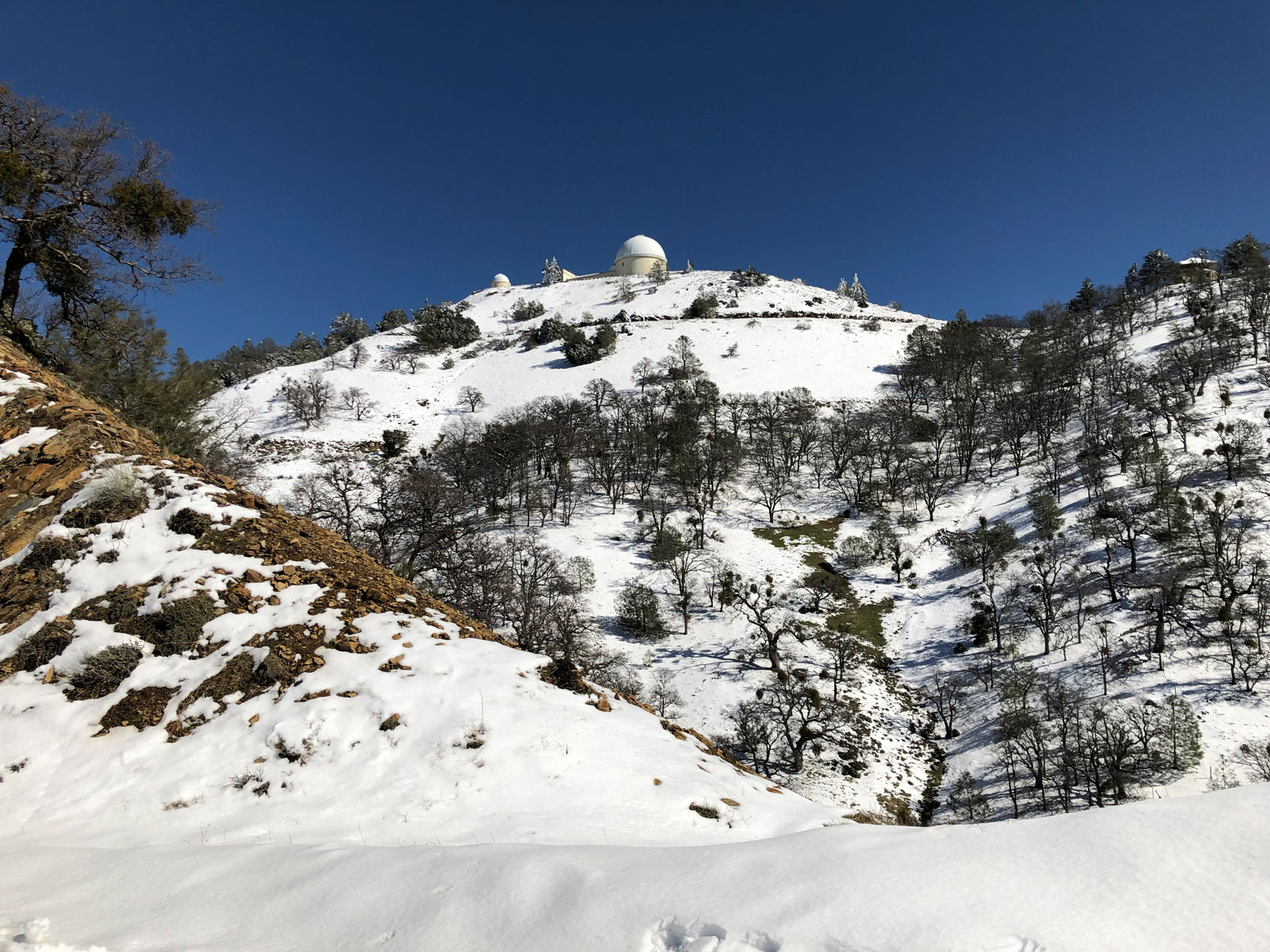 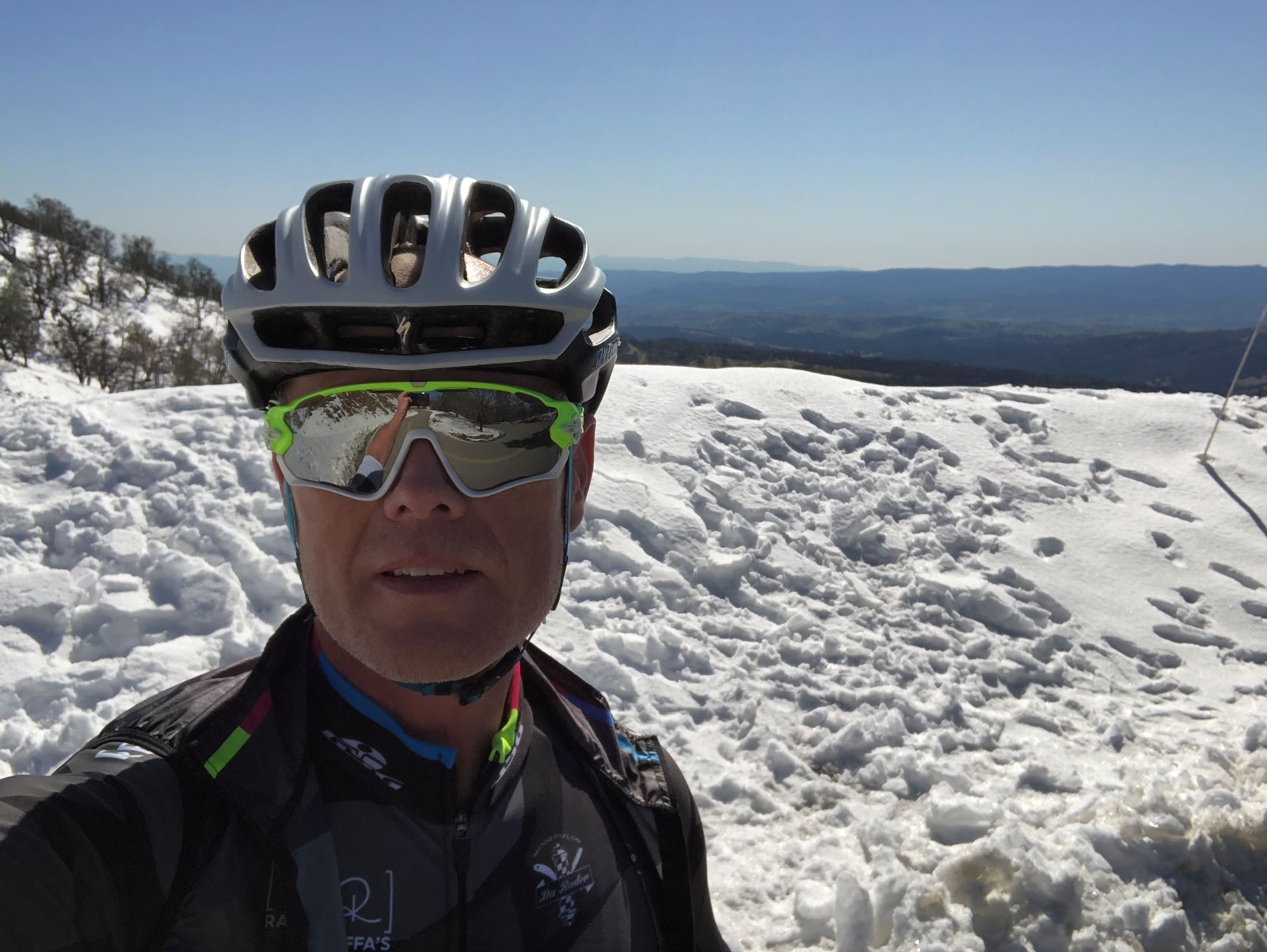 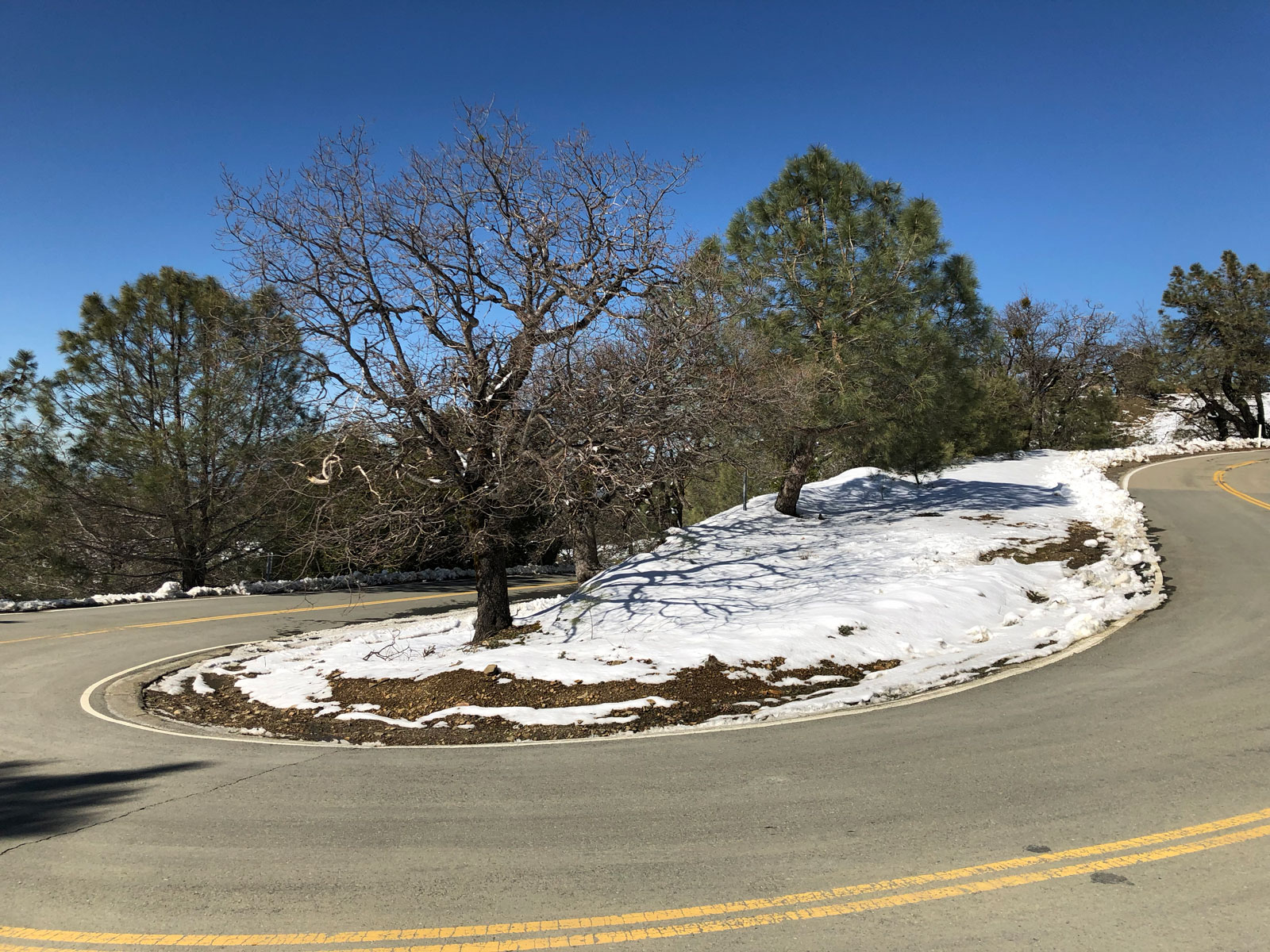 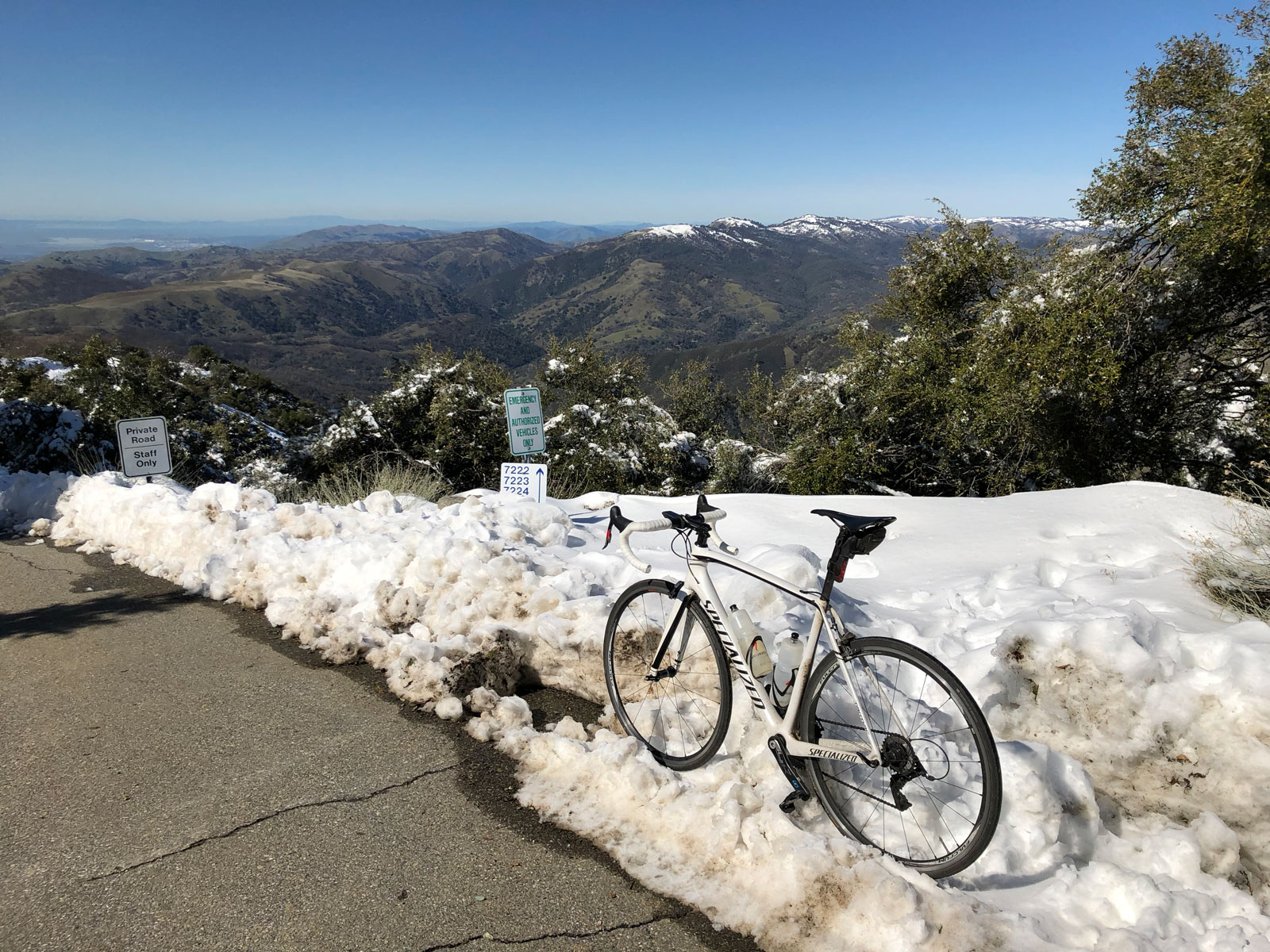 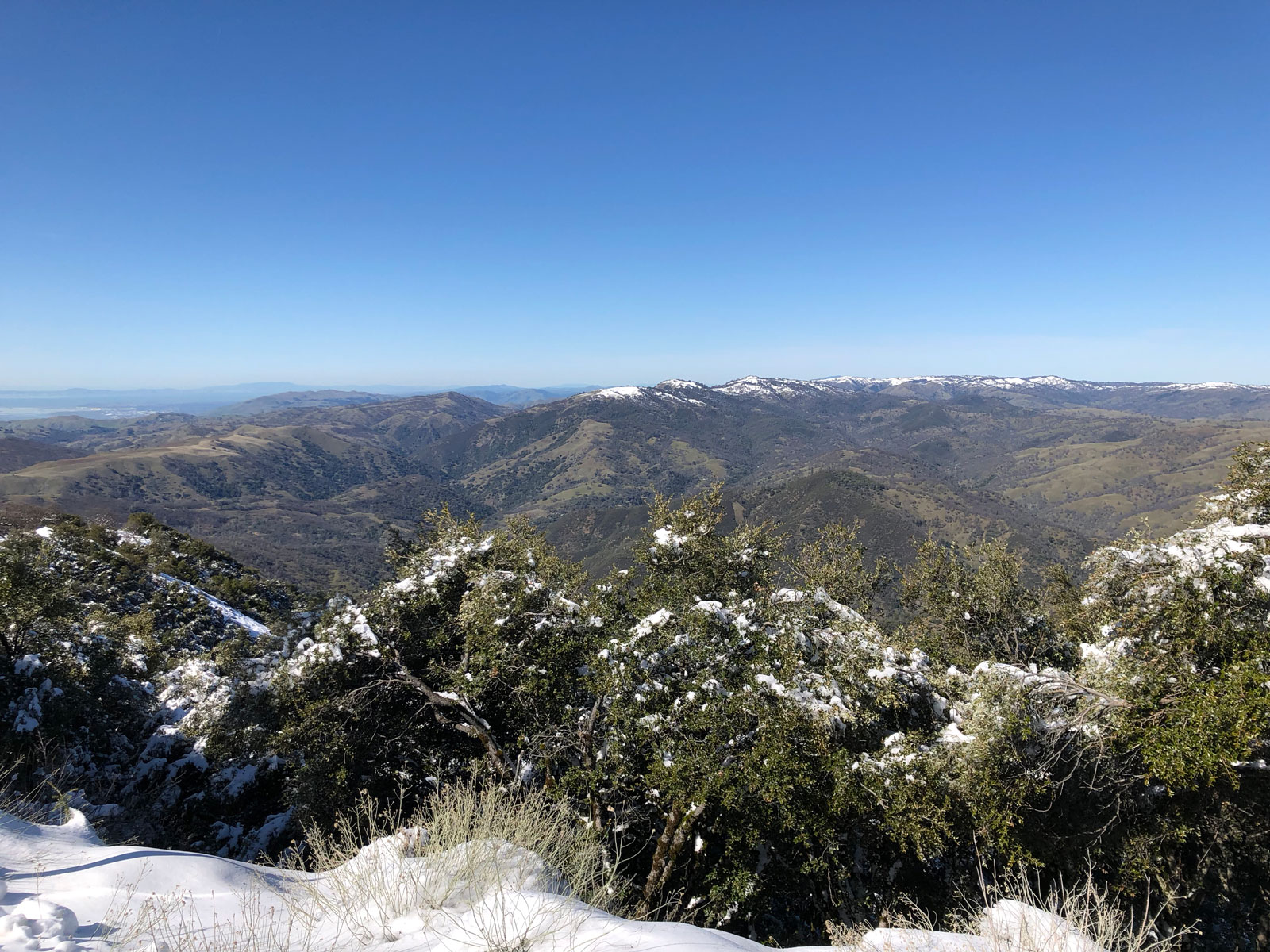 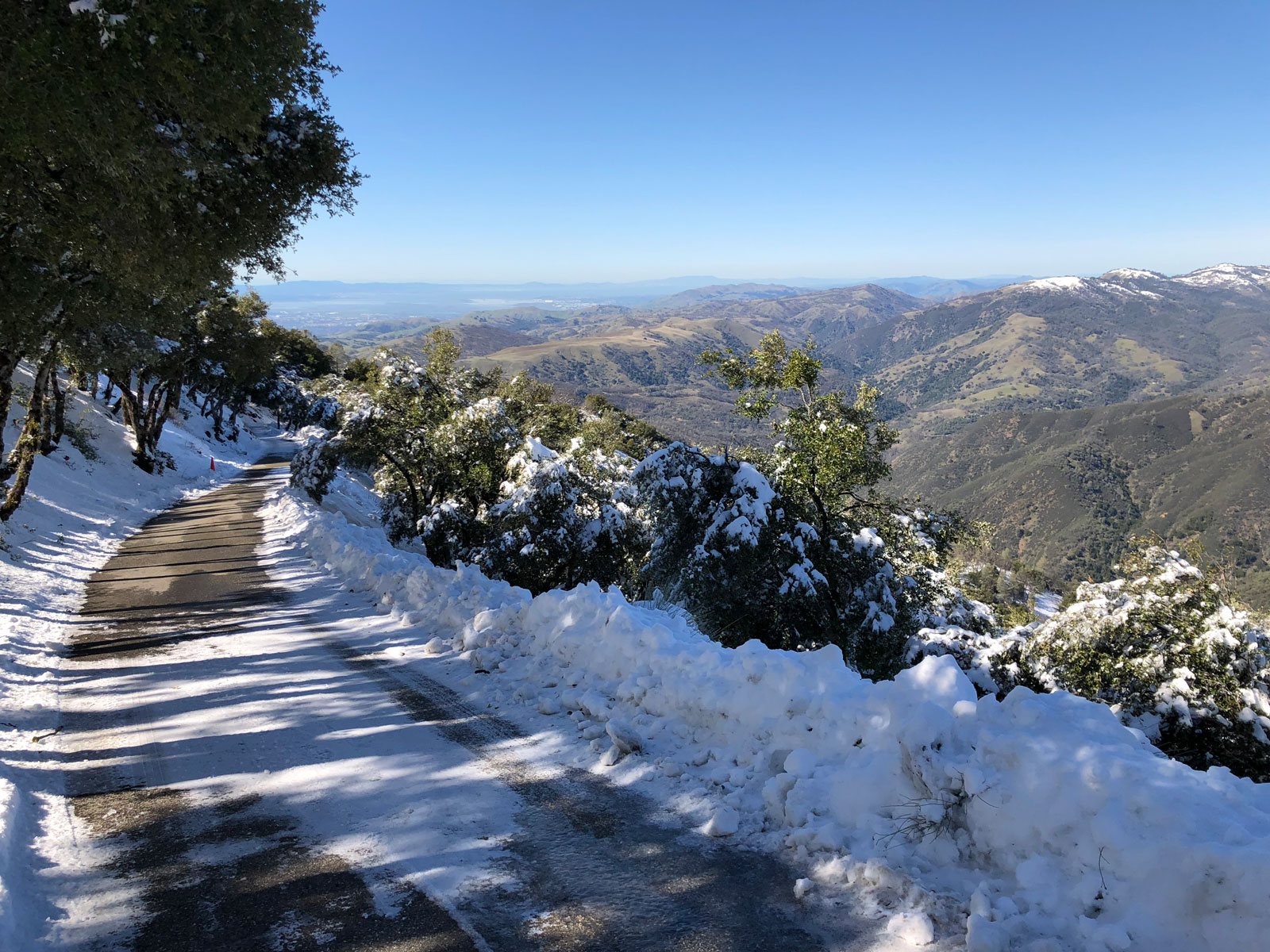 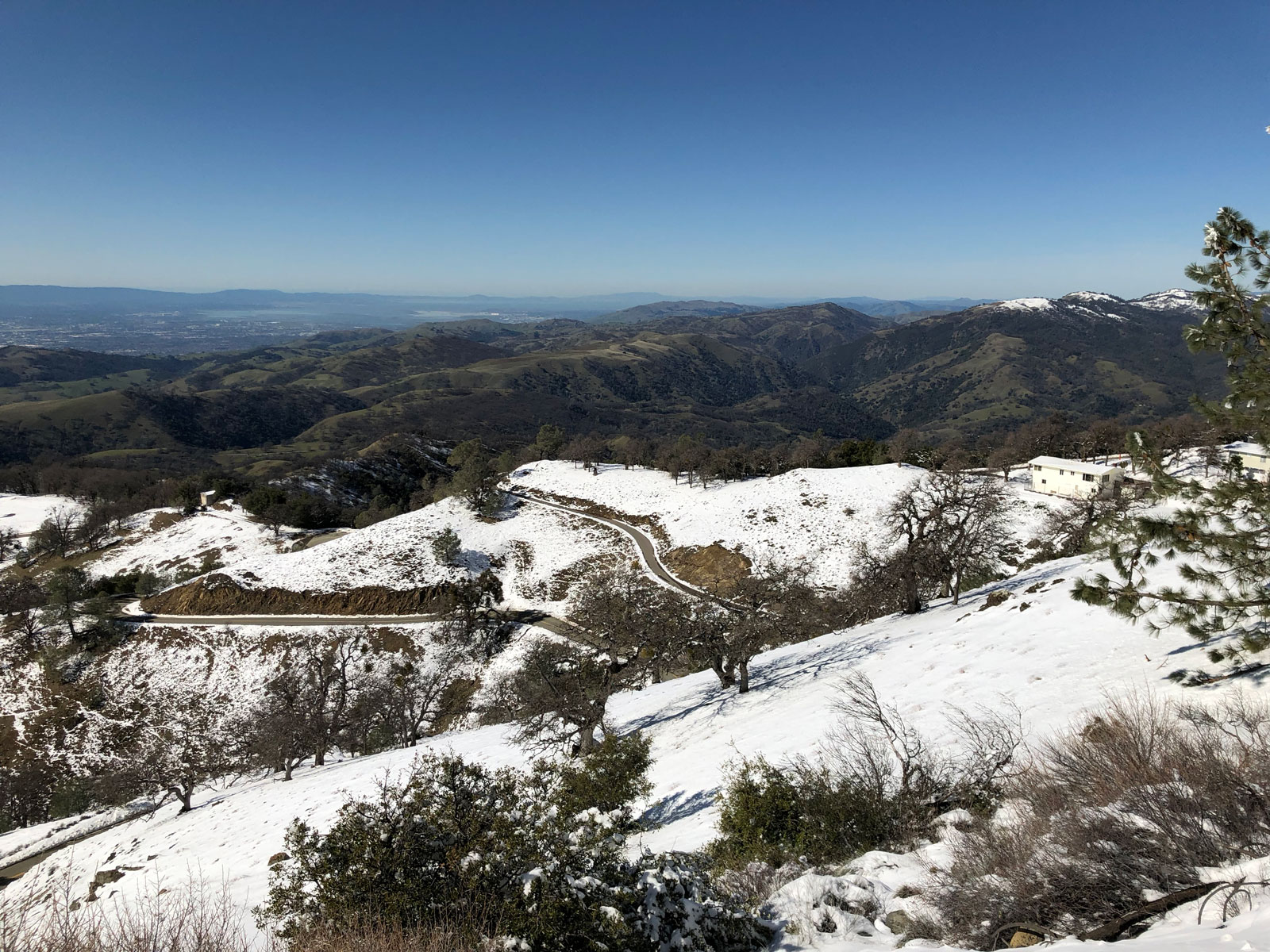 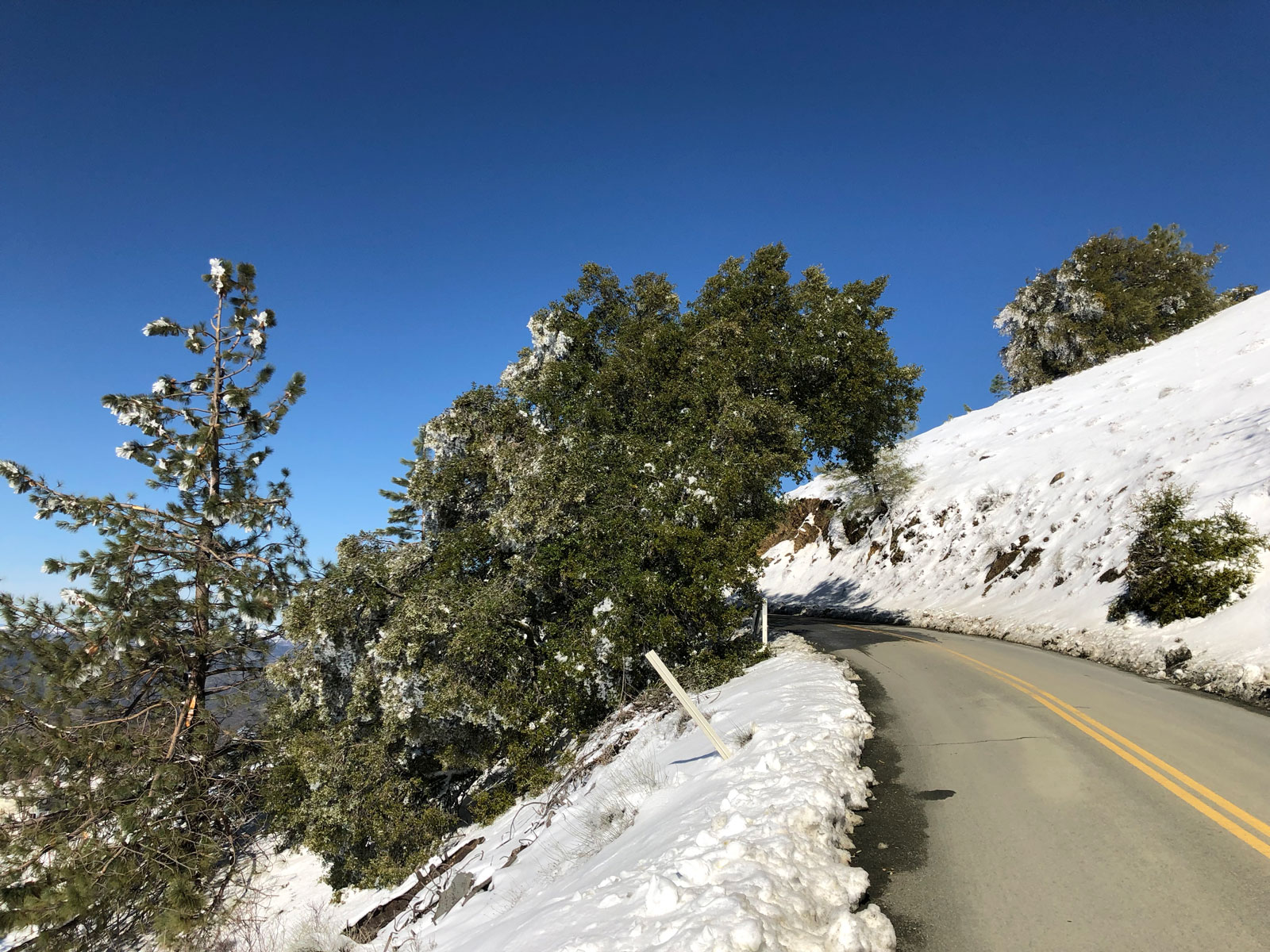