Returning to Siena is like returning to something very familiar. This is the 4th time I have raced the renowned Strade Bianche (literally, “white roads”), an epic road race which crosses the Tuscan landscape south and east of Siena, and criss-crosses it via 32km of gravel sectors which connect roads with vineyards, villas and villages dotted on the steep hillsides. But it's also a return to familiar Tuscan surroundings, to watching the pro women’s and men’s races the day before, and meeting up again with friends not seen since the final events of the previous season.

For me, this was a return to “real” racing. The year before, in June 2018, I had crashed at a mountain bike race in Austria, shattering the bones of both the inner and outer ankle of my left leg, ripping open the binding ligament in the process. After 3 surgeries, 12 weeks of rest, and rehab for the following months, I had returned to “racing” at the Gran Fondo Il Lombardia in Como, Italy, in October the same year. Despite avoiding the Muro di Sormano so as not to compound the still-healing tissue deep within my ankle, I still rode as hard as feasible and enjoyed completing the event, which finished atop the Civiglio climb on the outskirts of Como.

But after a winter of strong training, hard intervals and climbs on the Wahoo Kickr trainer, I was ready to race.

As always, this race is full-gas from the start, hitting around 70-80kmh upon leaving Siena on the long, rolling descents. A couple of lumps divide the huge race of some 6,000 participants into groups almost immediately, and the fight is on to remain near the front before hitting the first sector of gravel after 20km. During this stage, I hooked up with my friend and fellow Gran Fondo rider Alban, who had also crashed severely at the same mountain bike race the year before as I, but luckily didn't break anything. We hammered along through the strung-out groups, and smiled with glee as we hit the first gravel sector.

It's like a bomb explodes at that moment. The sound changes from whirring to crunching, riders completely unprepared for the surface scatter left and right, or dangerously slow down, with under-inflated tyres popping and bidons flying out of cages in all directions. Takes some nerve and confidence to get through that first 1-2km until the chaos has subdued, and then the fun begins. Hammering this dead straight section with Alban, time-trialling fast and smooth, is such a fun way to race.

The gravel sectors pop out on roads and allow small regroupings, and the fast pace continues onto the second sector, with the long and steep climb up to Grotto. This is where gearing and fitness come into play. With the gravel often loose in places, standing and climbing is not always the option, but using high cadence and power to push up the steep sectors is something I had trained for, and felt very strong doing so. The third and fourth gravel sectors come in quick succession, with the latter one featuring fast downhills requiring confidence to hold the line, and keep the speed as high as possible. At this point, Alban and I pulled away from the group we were with, flying along and enjoying every second of it.

The fifth gravel sector of S. Martino in Grania is the longest and toughest at almost 10km in length, ending with the tough climb back up to the paved roads above. But these were taken in our stride, staying together and edging closer to the group up the road. At this point, around 80km in, the race stays on the roads for another 35km, while rolling up and down across beautiful and tough Tuscan hills. As we were about 30-40 seconds from the next group, Alban popped off the back and urged me to go ahead. After checking he was OK, I dug in with a 1,000 watt effort to bridge across to the fast-moving group ahead, catching them on a descent (which wasn’t easy!) and getting straight into the through-and-off rotation to keep our momentum.

Some 10kms later, the barriers came down as we were approaching a level crossing, and despite having seen the pros do such stupid things on events like Paris-Roubaix (and be later disqualified for it), I was amazed to see a good 40-50 mere amateurs — men, women, mums, dads, sons, daughters, amateurs all, just doing a Sunday Gran Fondo — risk their lives to duck under the fully-closed barriers and hobble across train tracks in cleated shoes and carrying bikes. Chaos. Insanity. And for what? I waited with the rest until the barriers opened before getting underway, at which point Alban had caught back on. We pushed off and quickly caught most of the idiots who had dodged the barriers, and headed into the final 25km at full speed.

The final three sectors come in quick succession, with some of the hardest and steepest climbs of the race. The seventh sector contains the brutal climb towards Vico d’Arbia, where Fabian Cancellara stamped his authority on the race during each of his three wins here. There is then a short and fast road section, and a sharp 120° turn which cripples anyone who didn't change gear in advance, before a straight and steep rollercoaster-like gravel descent to the foot of the final long and steep pitch up to Le Tolfe. This one hurts. The gearing is never enough, and the temptation to stand has to wait for the final 200m before the end of the gravel. For those who couldn't resist the temptation and slipped, walking the rest of the way is the only answer. But for me, knowing full-well this is the final gravel sector and climb, the 500 watt seated effort is well worth it, as we fly around the chapel at the top and onto the smooth tarmac, for the rast race down to Siena.

After a long drag up the main road past the hospital, the closed main road descent to the North Siena autostrada exit is fast and fun, but too short. Another drag brings you up to the level of the city, and then a twisting and turning loop around the west side brings you down again to the foot of the city walls, where you cross under the old stone archway and begin the final, epic climb of the race — the Via Santa Catarina.

Anyone who has watched this climb on the pro races knows how brutal it is. After 4 hours racing, it's even harder. Thank goodness this time it’s dry — the rain and mud bath of 2 years previously was insane — and I felt strong and good even as the grade tipped 28% near the top. With Alban just behind as I turned the sharp right at the summit, I waited a few seconds for him and we rolled through the cobbled streets and down towards the finish line in the magnificent Piazza Del Campo, shaking hands as we crossed the line.

A race like this is hard to put into words. It's about emotion, history, something out of the ordinary. About strength, confidence, endurance and tenacity. And about finishing a race feeling super-strong for the first time since the accident the previous year, with a great friend alongside me also. Isn’t that what Gran Fondo racing is all about? 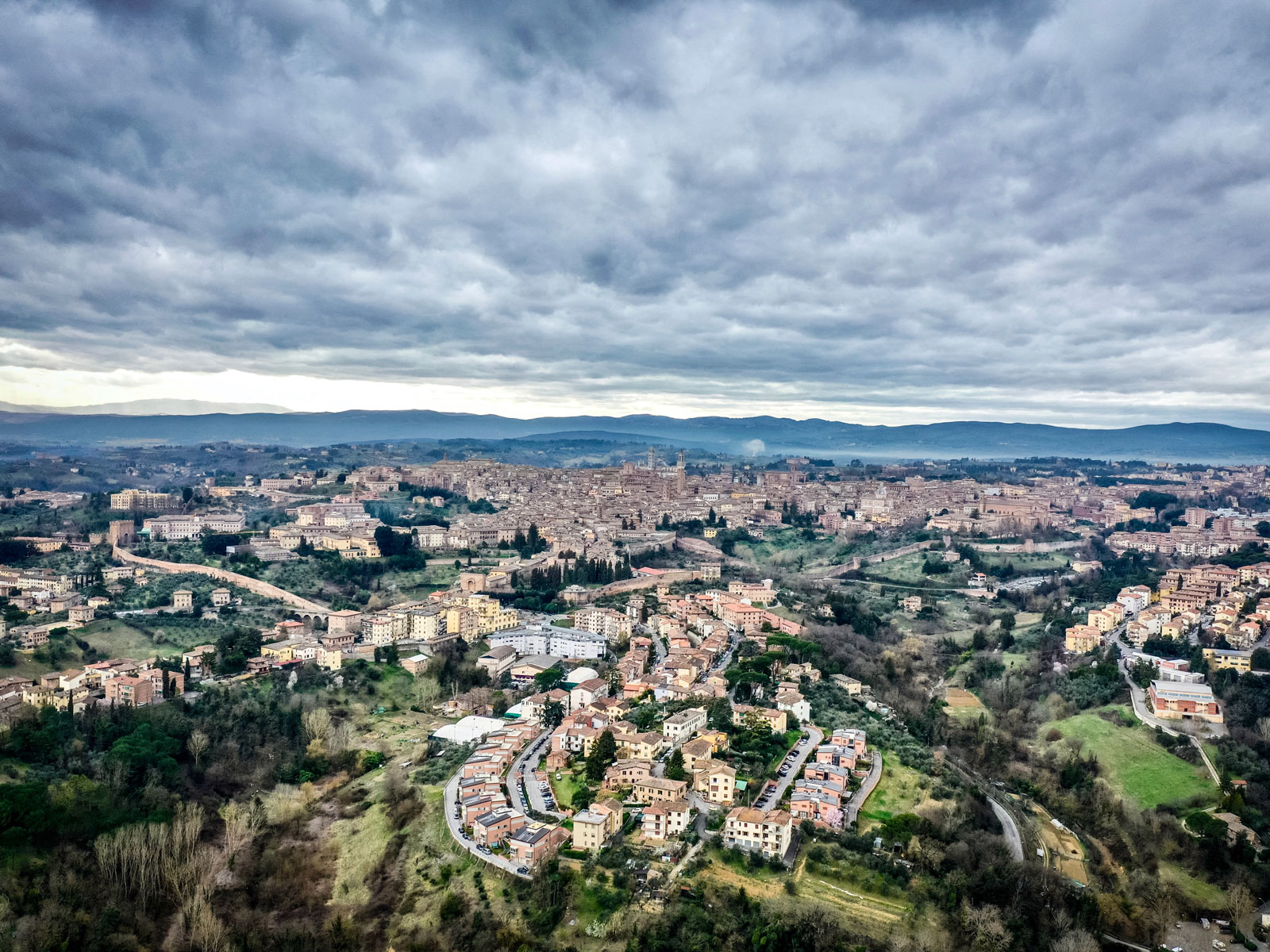 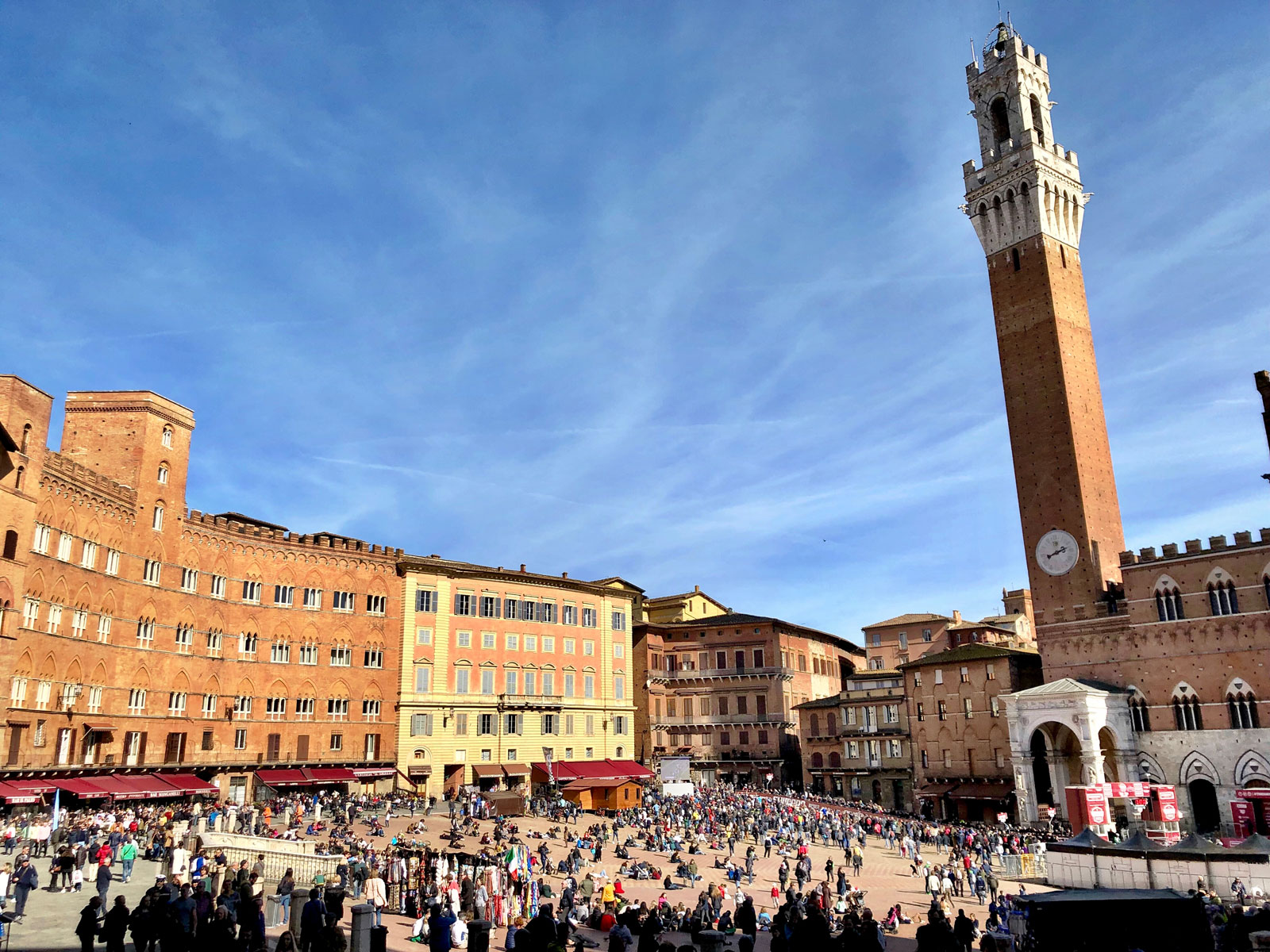 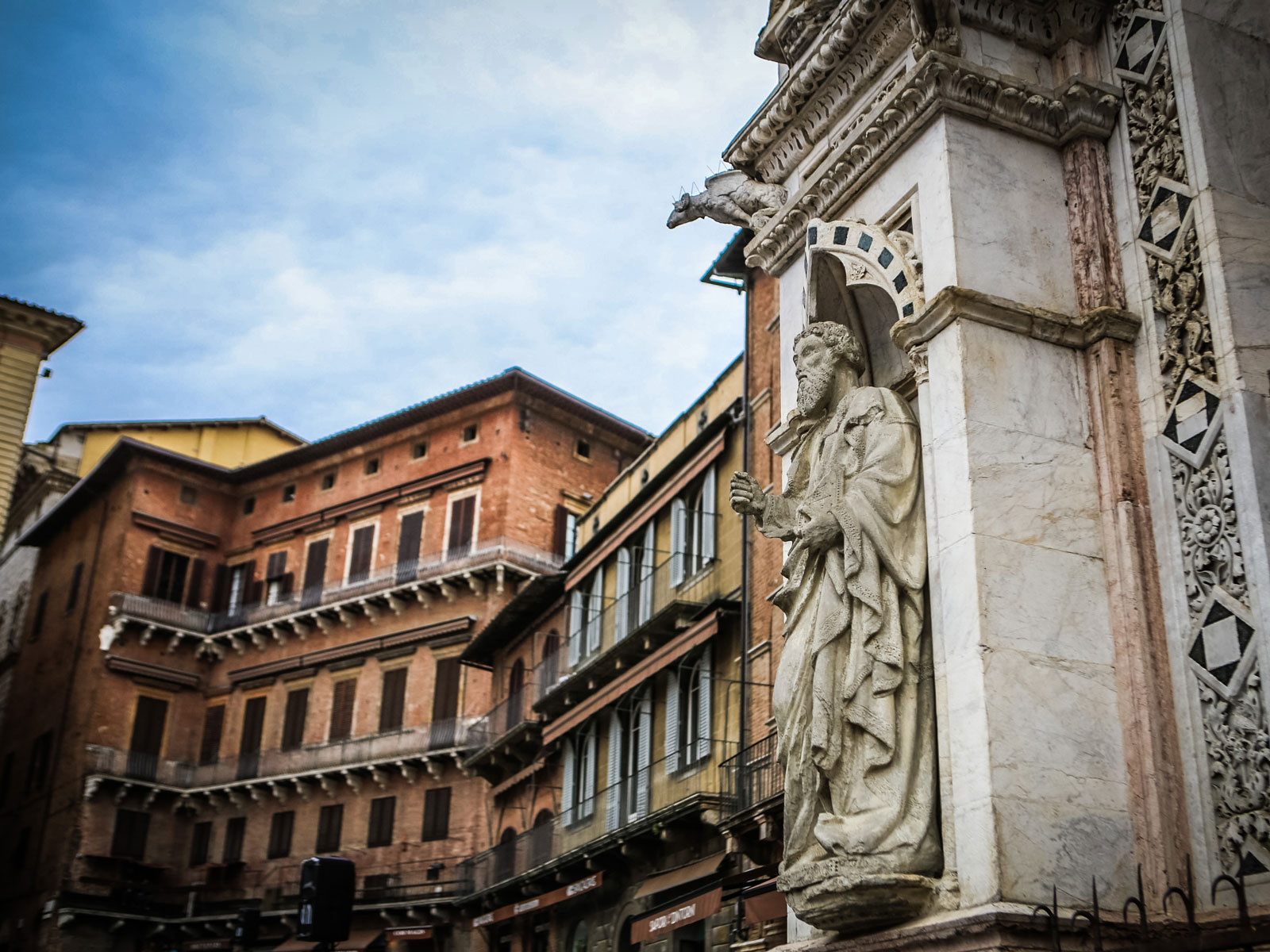 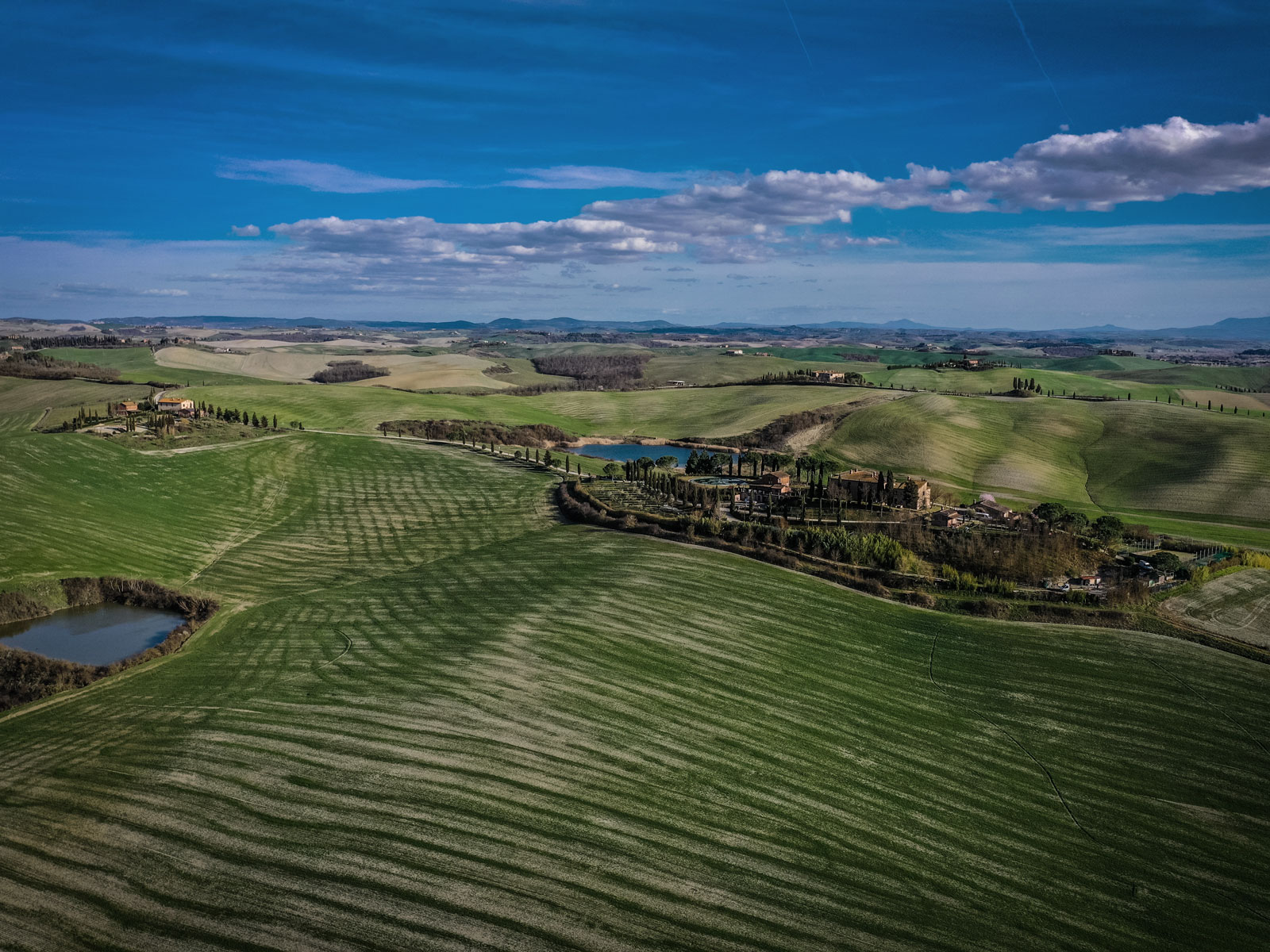 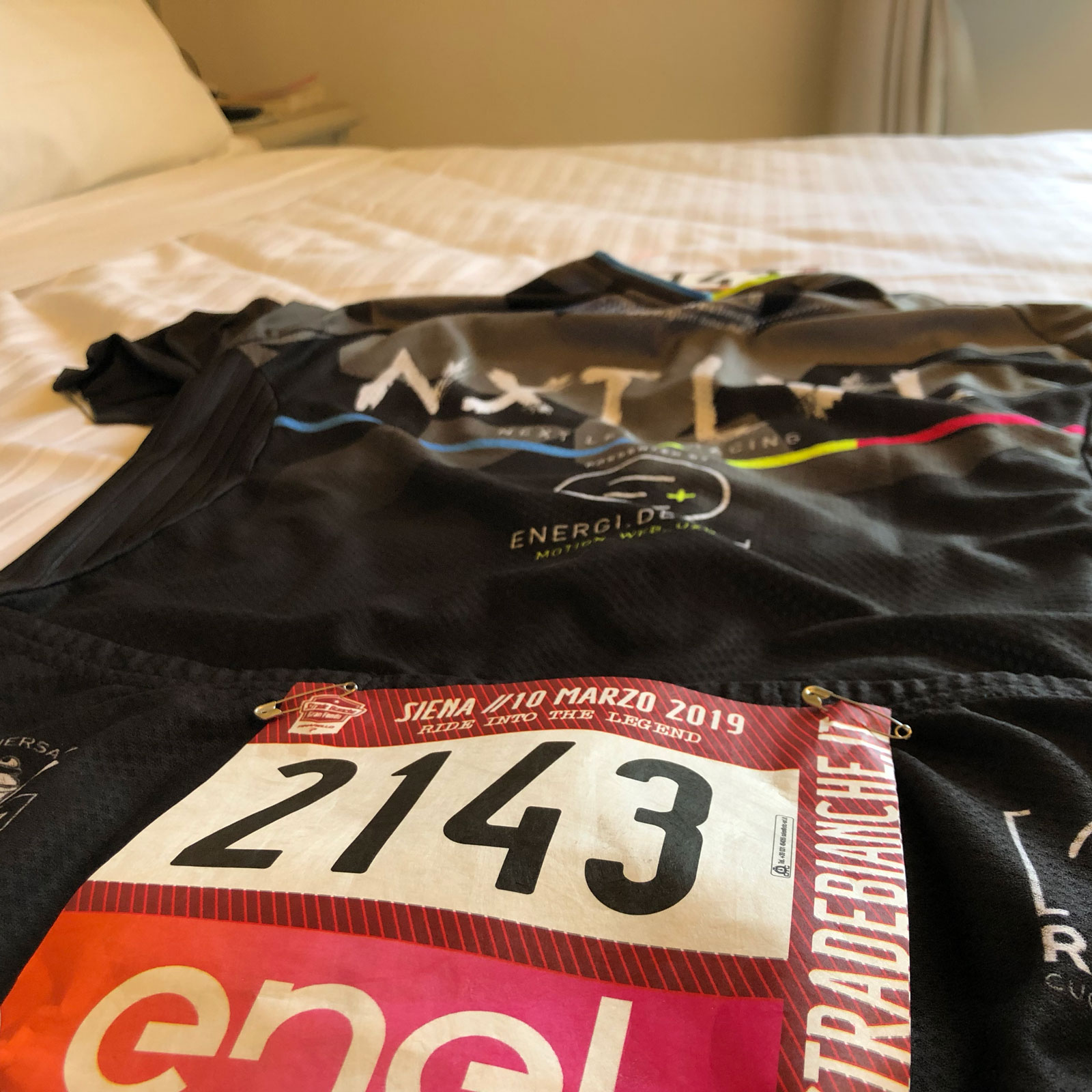 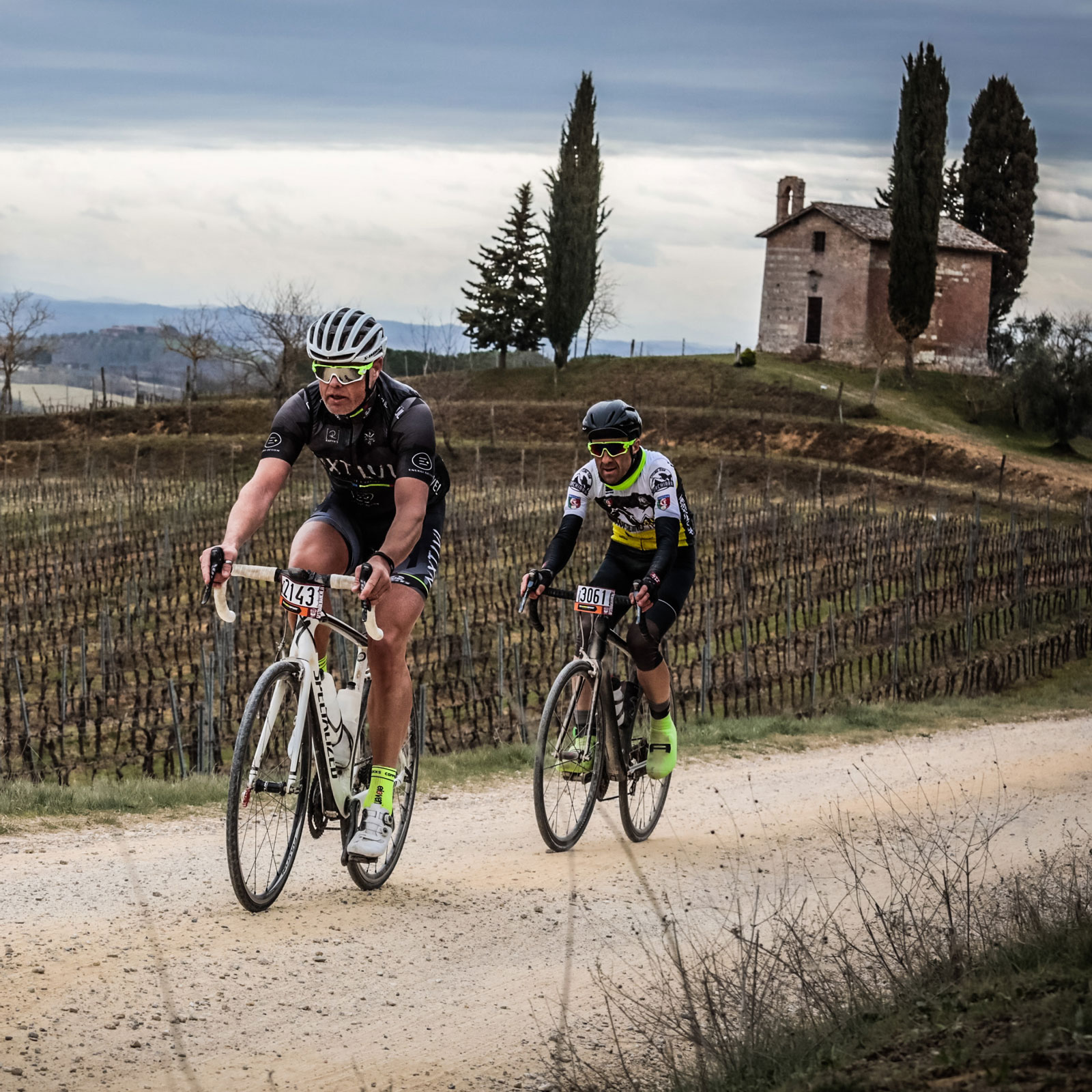 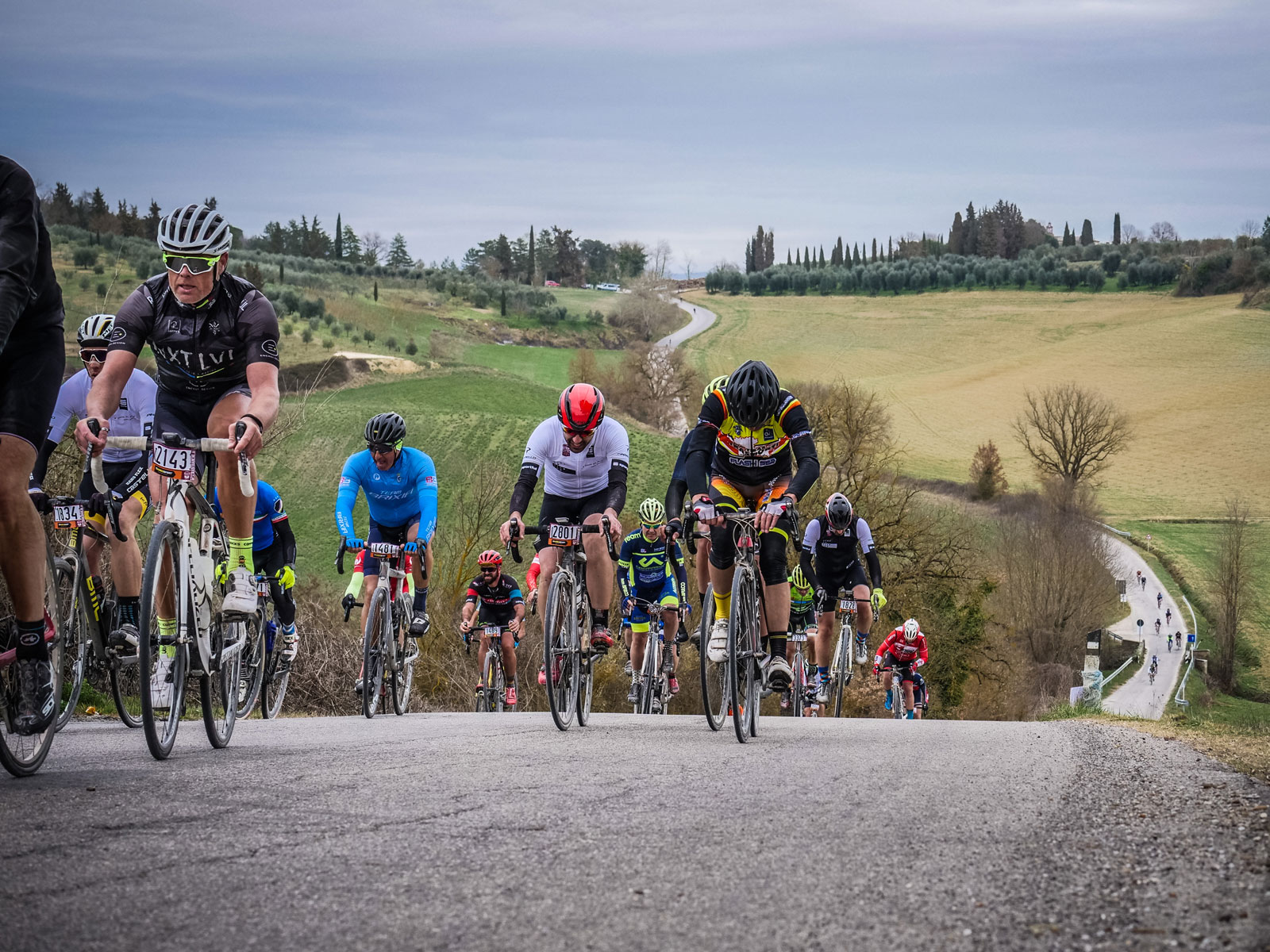 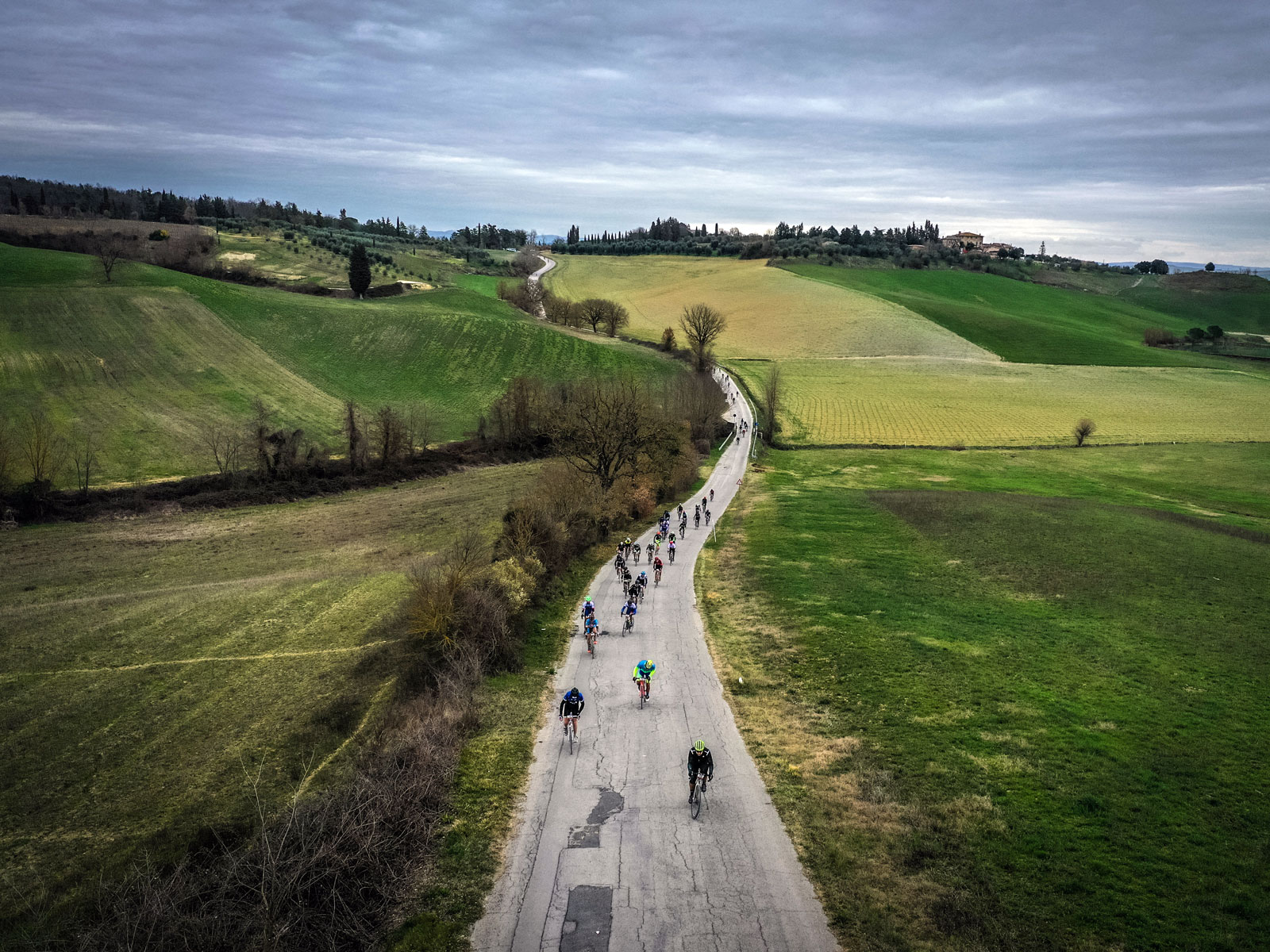 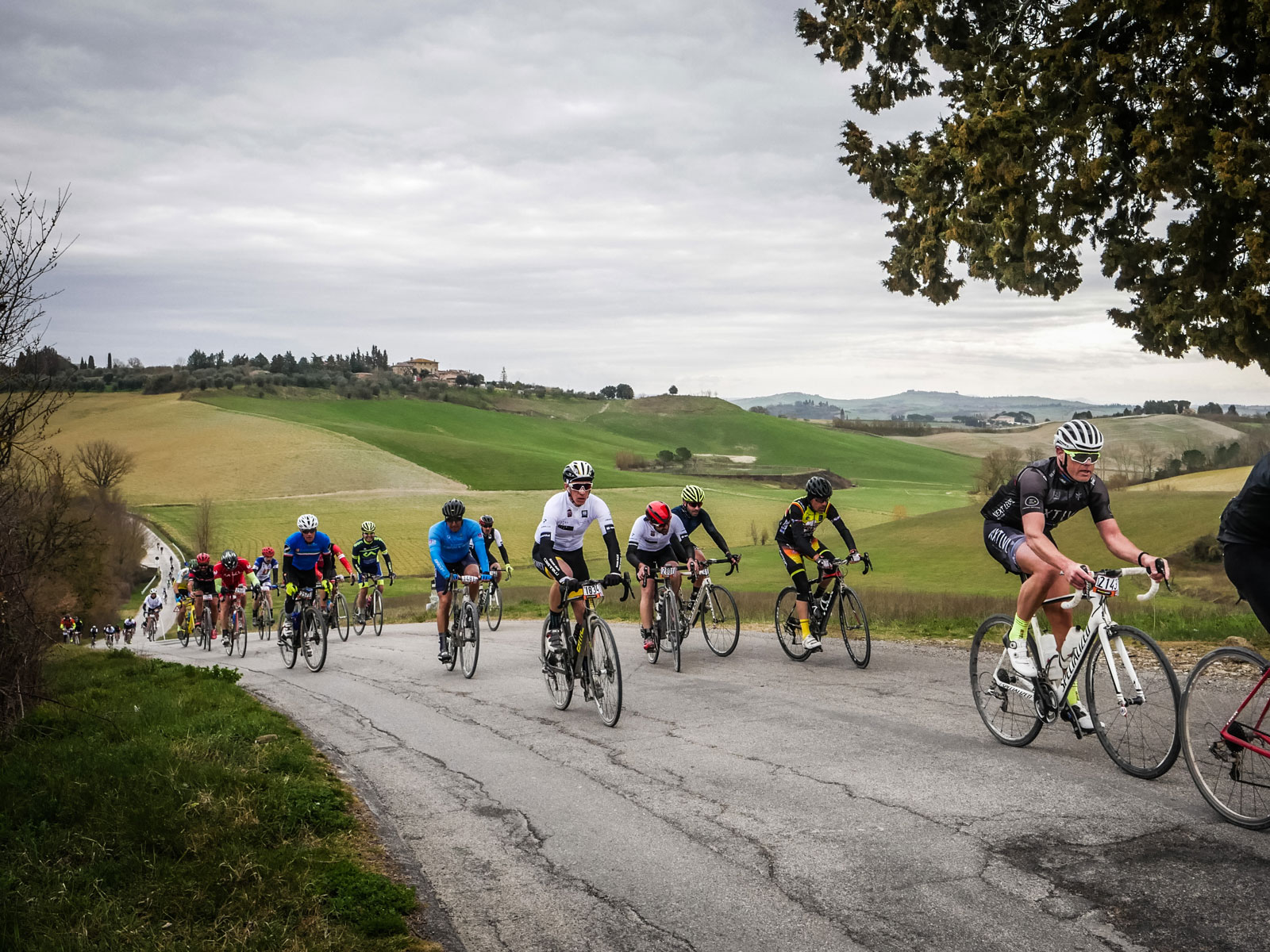 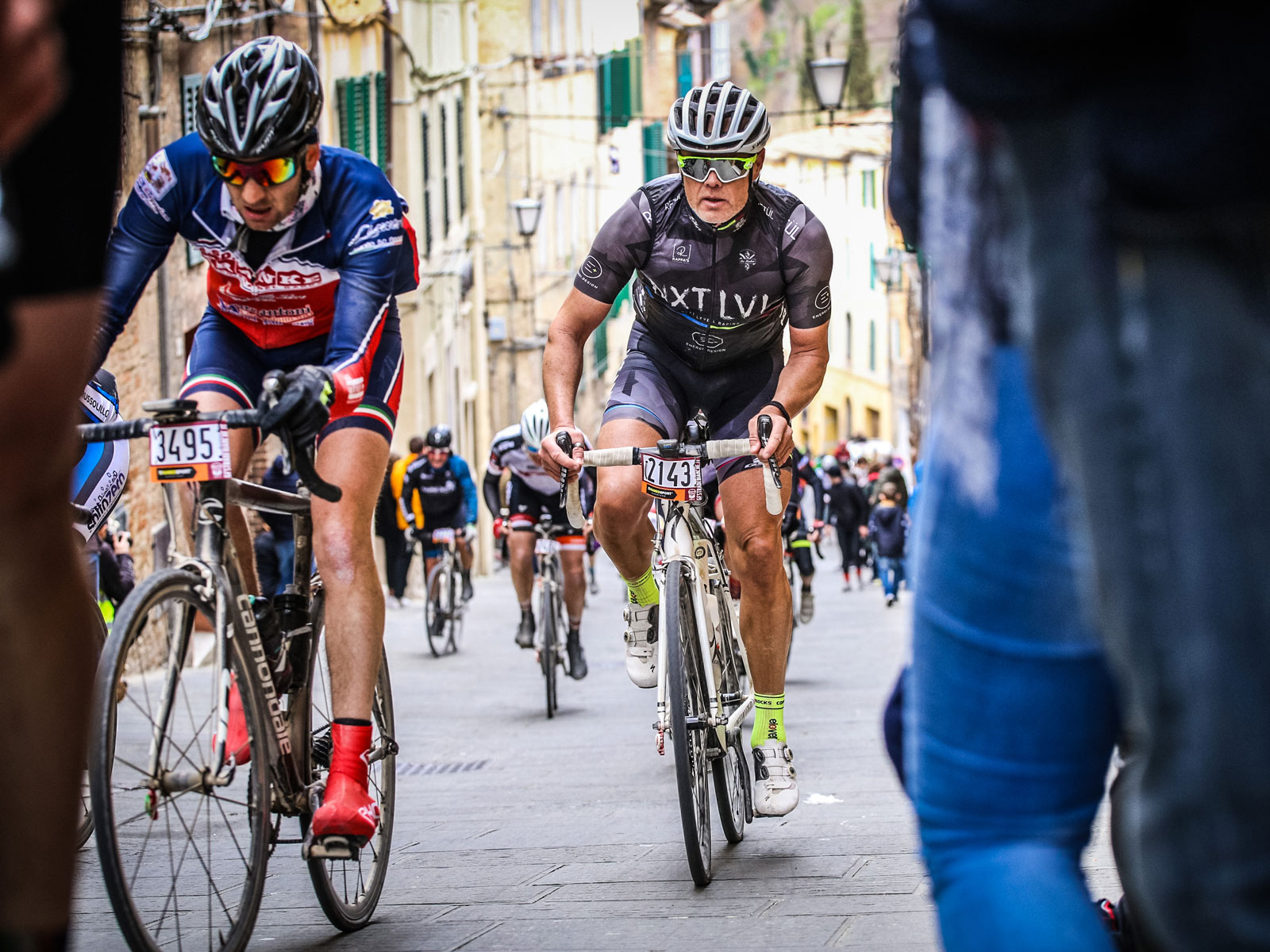 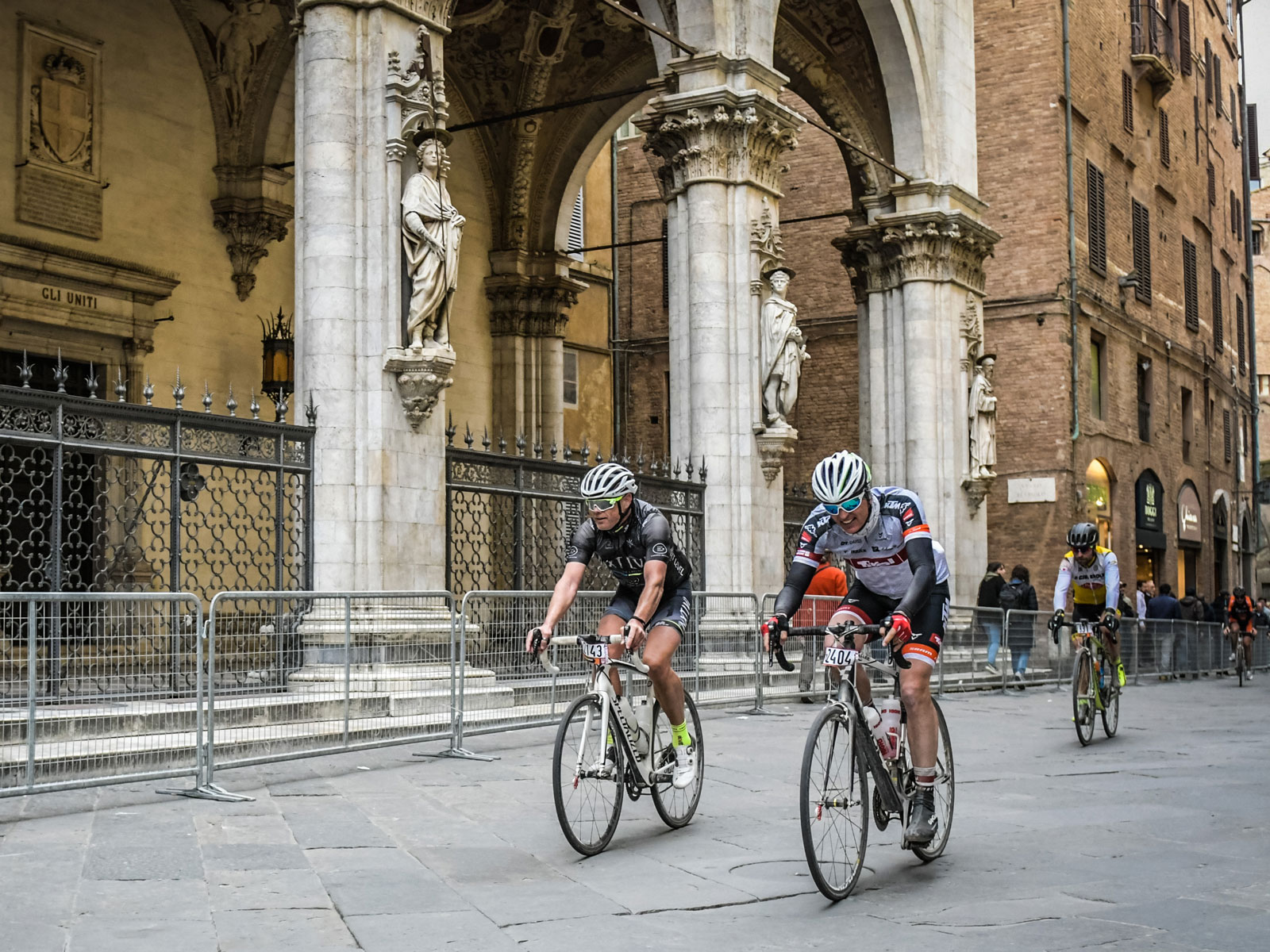 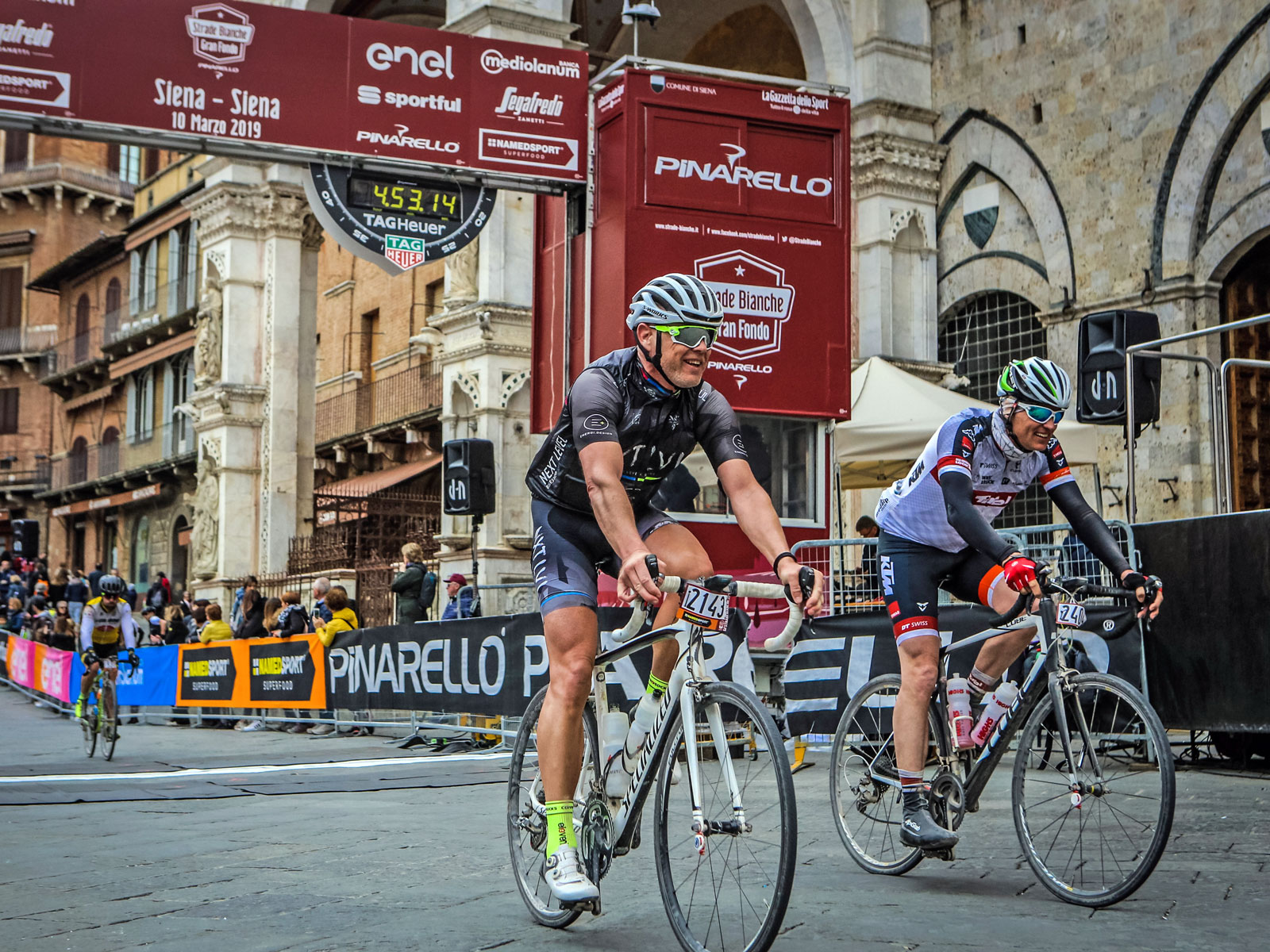 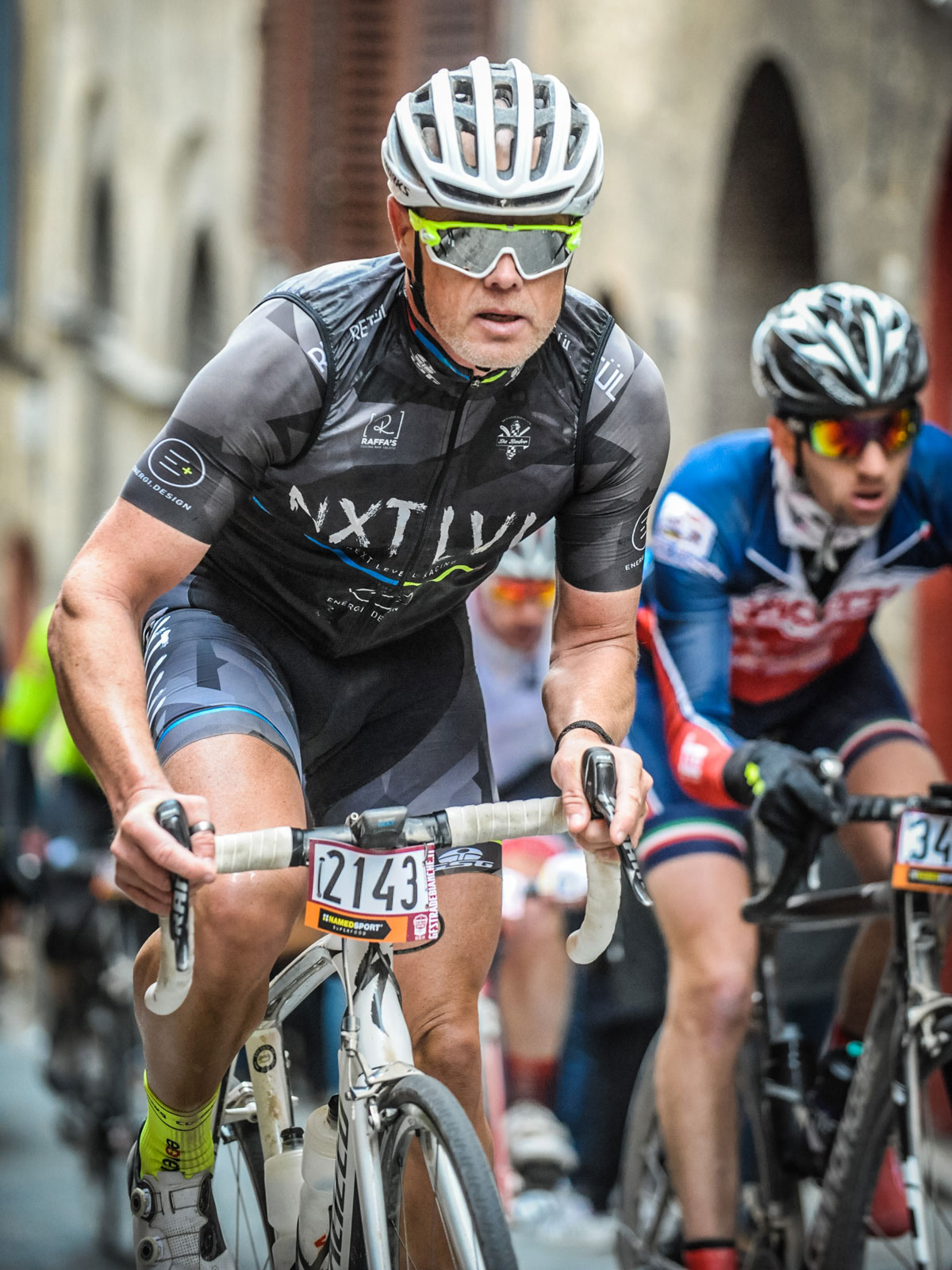 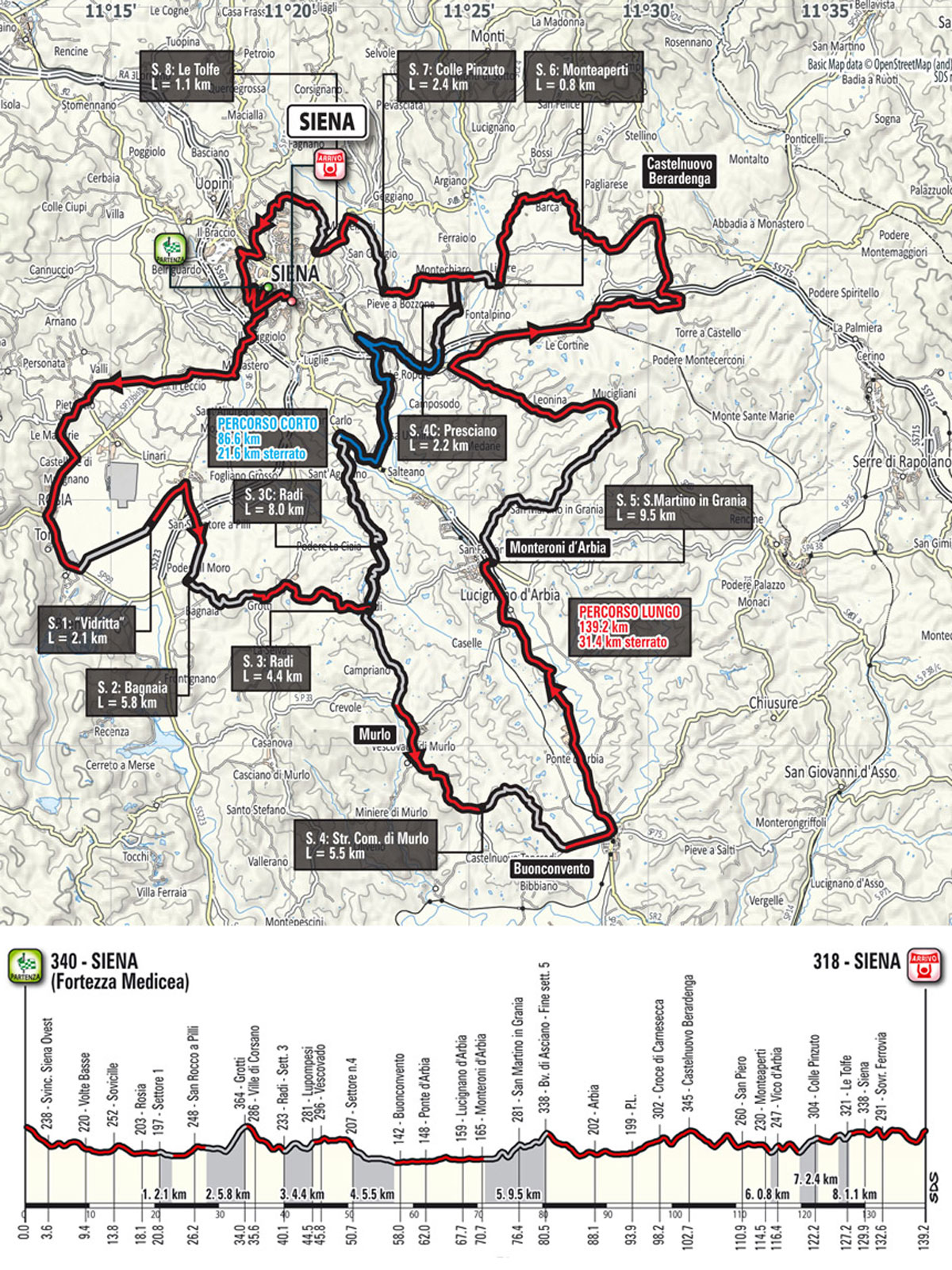