I had never raced in the high French Alps before, so this was a great opportunity to do so. Of course, I could have chosen a smaller or easier event, but that’s never been my style. The Mercantour La Bonette is a Gran Fondo which starts in the small ski resort town of Valberg in the Alpes-Maritimes of southeastern France. A mere stone’s throw (metaphorically speaking) from the Italian border to the east, where the Colle Fauniera runs almost parallel on the other side, a climb I would suffer on in the intense heat two weeks later, during La Fausto Coppi.

The small group of racers rolled out of Valberg under a cold, clear blue sky at 7am. The sun had just grazed the town, but the first few neutralised downhill kilometres to the village of Beuil were pretty chilly — and blinding, given the due east direction! However, knowing the weather forecast for the day, I had taken just a vest and no arm warmers, and I soon warmed up.

As soon as the race hit Beuil, the lead car took off and the race began — with the 7km climb to the western summit of the Col de la Couillole! It snaked its way higher and higher, out of the shade and into the sunshine which would remain for the rest of the day under a brilliant, deep blue sky. At the 1,678m summit, the vest went back on, and a fun twisting, smooth, scenic and fast descent of no less than 21km was more than reward for the short climb, as we dropped down and through St-Sauveur, heading north towards the big challenge of the day.

At the town of Saint-Etienne-de-Tinée, a sign signals the start of the 26km ascent of the Col de la Bonette. Whether it was an incredible feeling of climbing enjoyment, the warm sun, the insanely green mountainsides on the way up, or simply a good combination of fitness, gradient and gearing (perhaps all of them?), I flew up this beast. Every pedal stroke was smooth and comfortable, and I passed many riders who had flown ahead on the previous climb. The views just draw the eyes in all directions — down the twisting road below and the surrounding valleys, or up the road towards the vegetation-less, dark grey moonscape of the approaching summit.

The Col de la Bonette, at its summit and shoulder at 2,715m, is the seventh highest paved road in Europe, with others such as the Stelvio and Colle Agnel higher. But a small loop around the “cime” of the mountain adds enough altitude to bring it to first place. However, this road was still not clear of snow at this point, so we didn't need to ride it. After stopping at the summit to put the vest back on, another incredibly fast, twisty descent followed for 24km to the town of Jausiers.

Catching a group ahead, we then worked together through the town of Barcelonnette and to the foot of the day’s third major climb, the Col de la Cayolle. By this time, the temperature was 30°c with not a breath of wind, so the climbs were silent and hot. The scenery of the Cayolle is somewhat rockier and more barren than the lower slopes of the Bonette, but just as stunning. After 29km of climbing, the summit (2,326m) is straight and wide open, giving a perfect run-up to another fast 20km descent towards Saint-Martin-d'Entraunes. At this point, I had linked up with 2 guys from a French team, and we rode strong through the valley and towns until we reached Guillaumes.

At this point, it is possible to stop the race and get a ride back to Valberg — or continue into the heat and climb the final challenge of the day, the 14km ascent to the finish line in Valberg. After 7 hours in the saddle, doing climbs twice that length, 14km didn't sound too bad at all. The French guys asked “Tu roules plus?”, to which I replied “bien sûr!” as I started up the climb.

With 30° at this point, and some 10 bidons having been downed (not to mention the gels and solid energy food needed to keep this diabetic level and in control…), this final climb didn't bite as much as I had expected. It was rocky and barren, heat coming off the road, but the gradient never kicked too hard — thankfully.

Riding into Valberg town, the road flattened out and headed to the finish line where we had started, which I happily crossed after almost 8.5 hours in the saddle.

A solid day of 190km with a shade under 5,000m climbing, and over 6,500 calories burned. But the visuals, views, and unending climbs and descents, made every pedal stroke worth it. 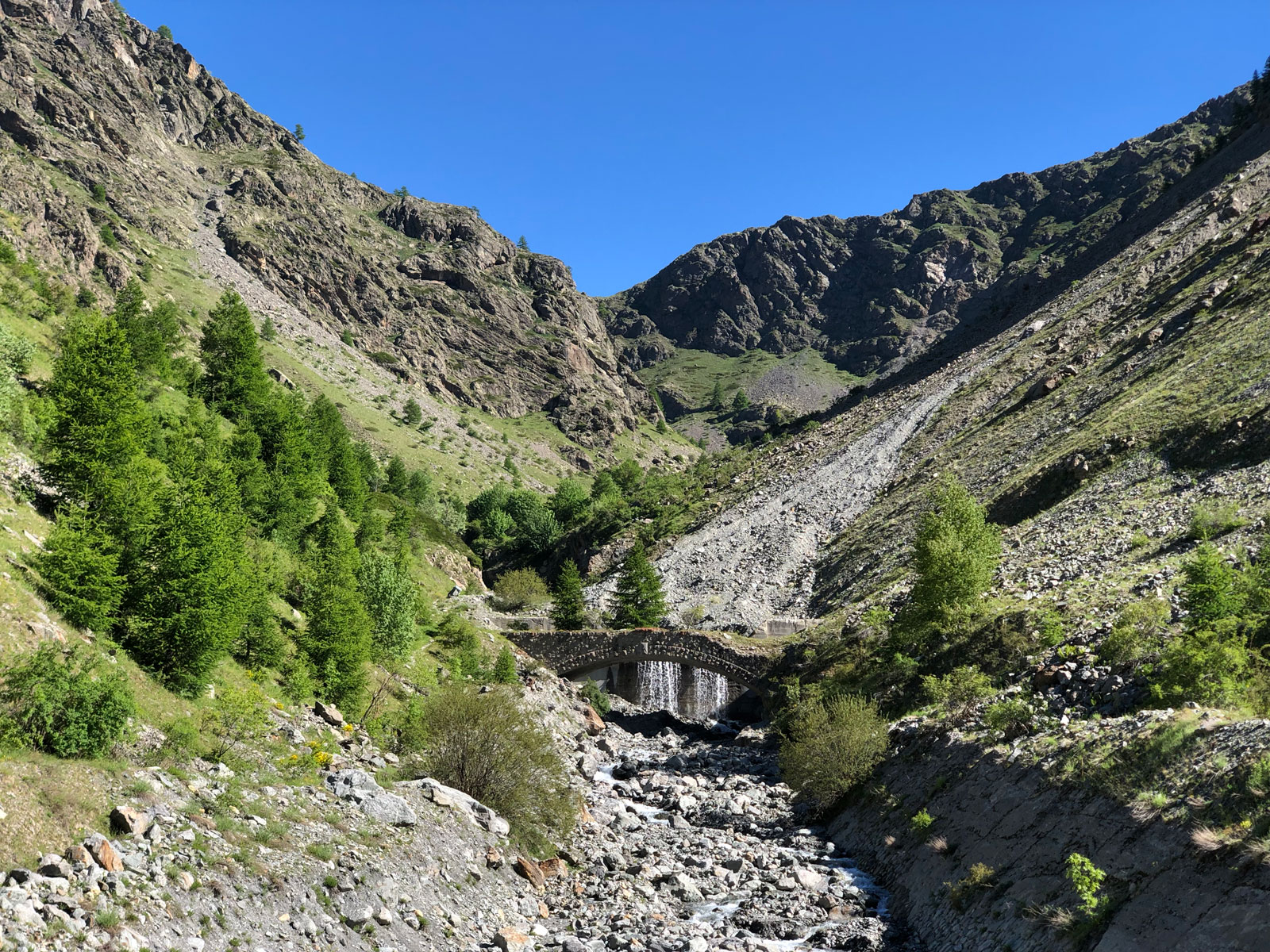 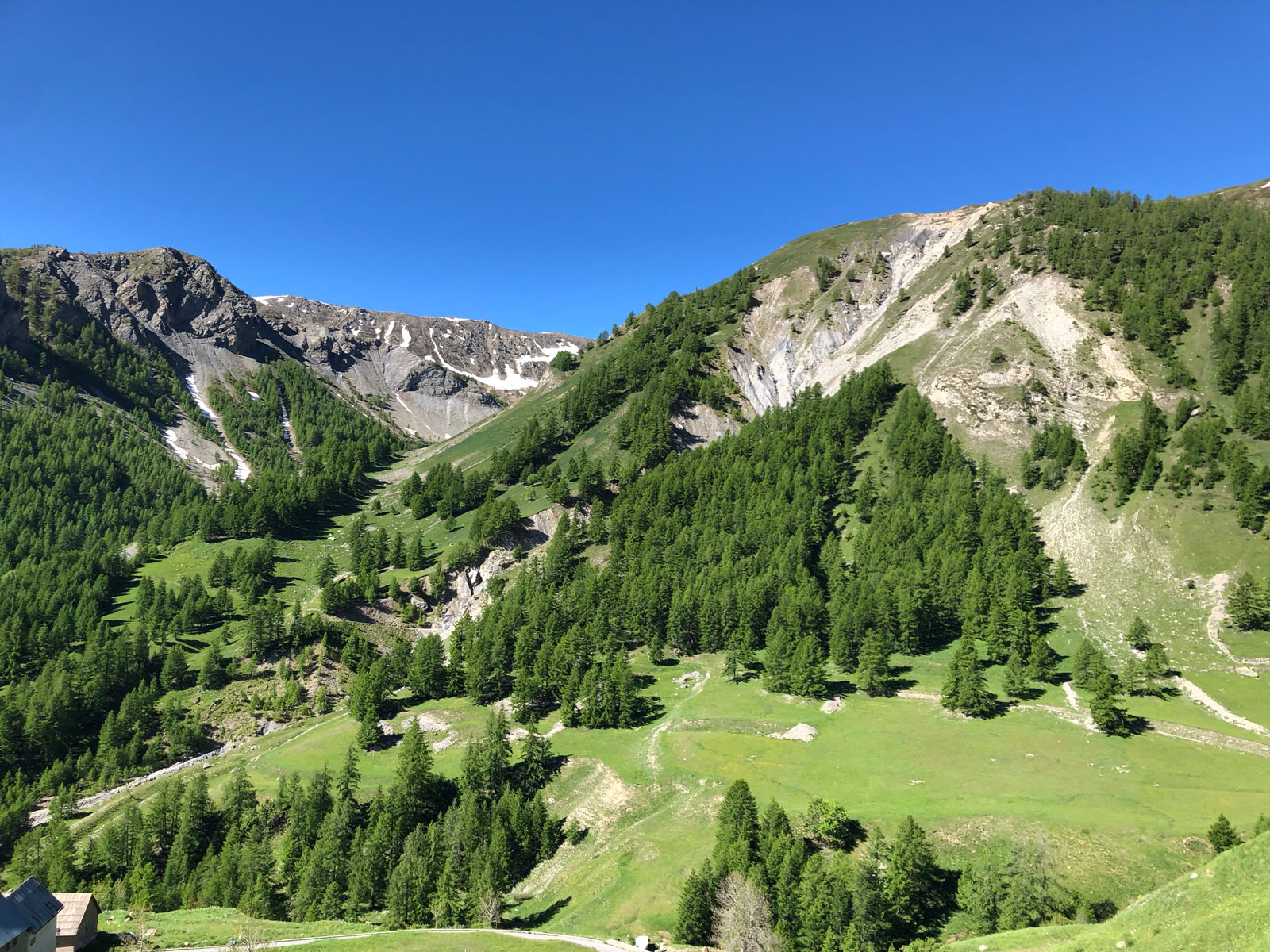 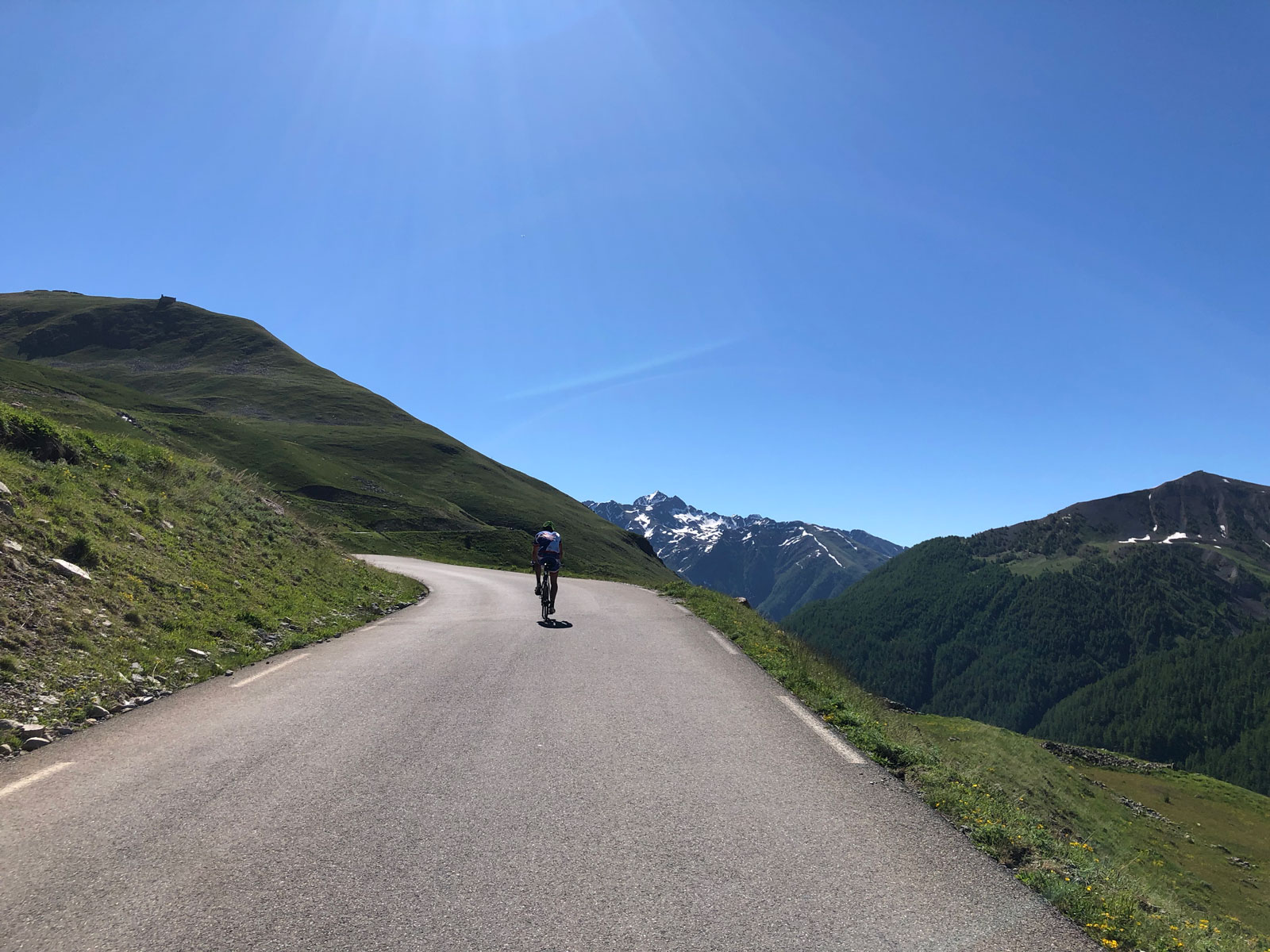 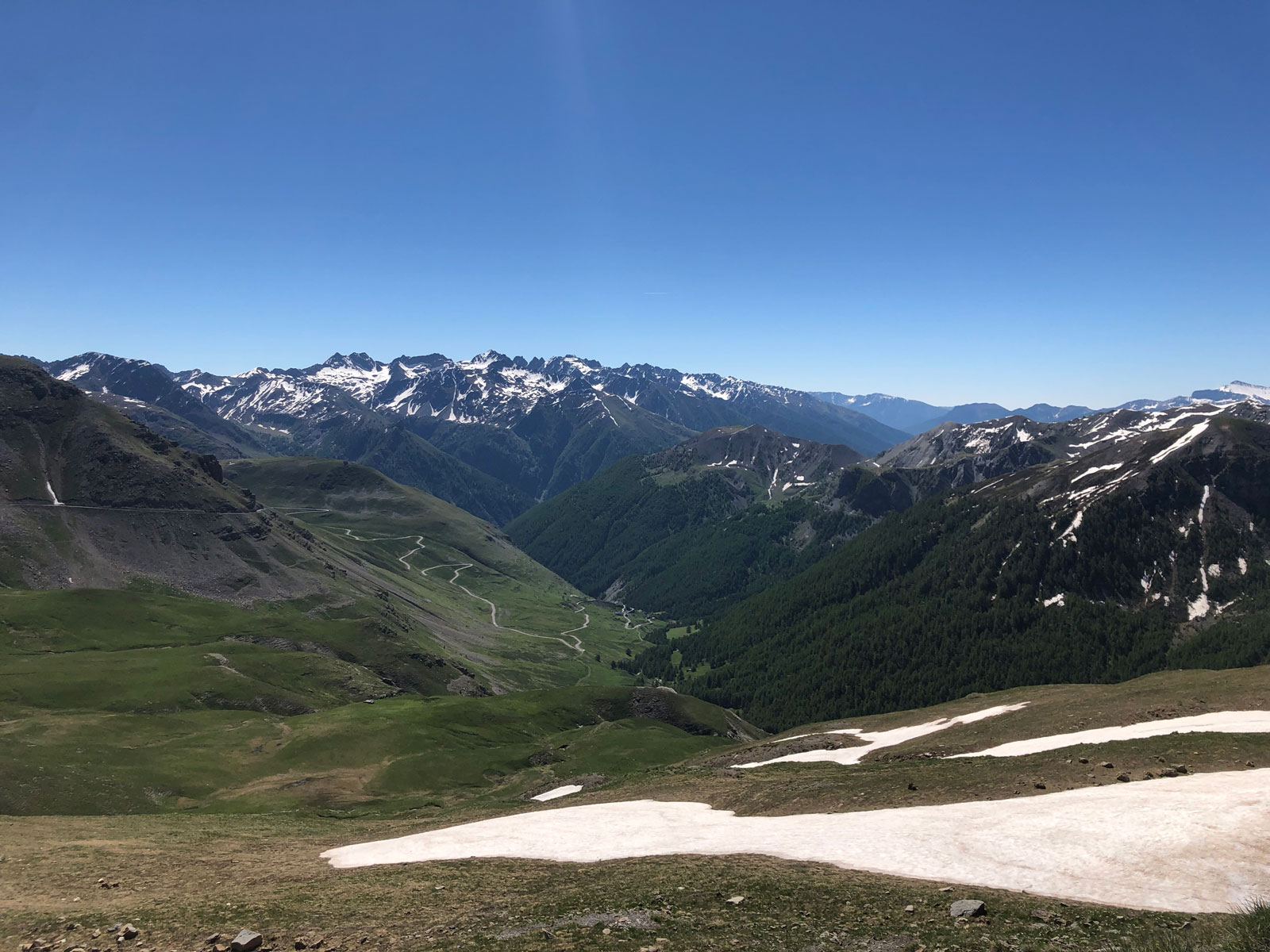 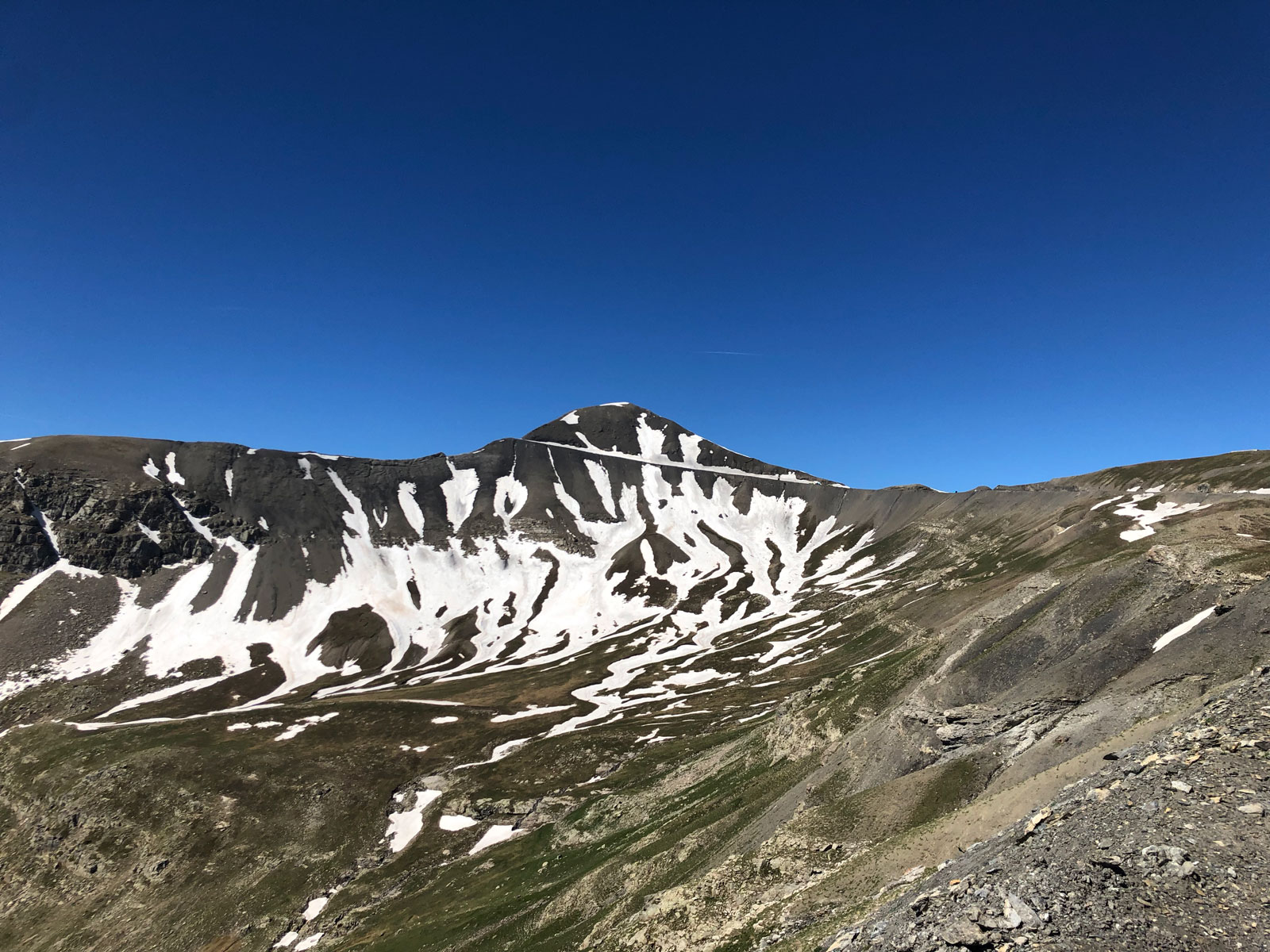 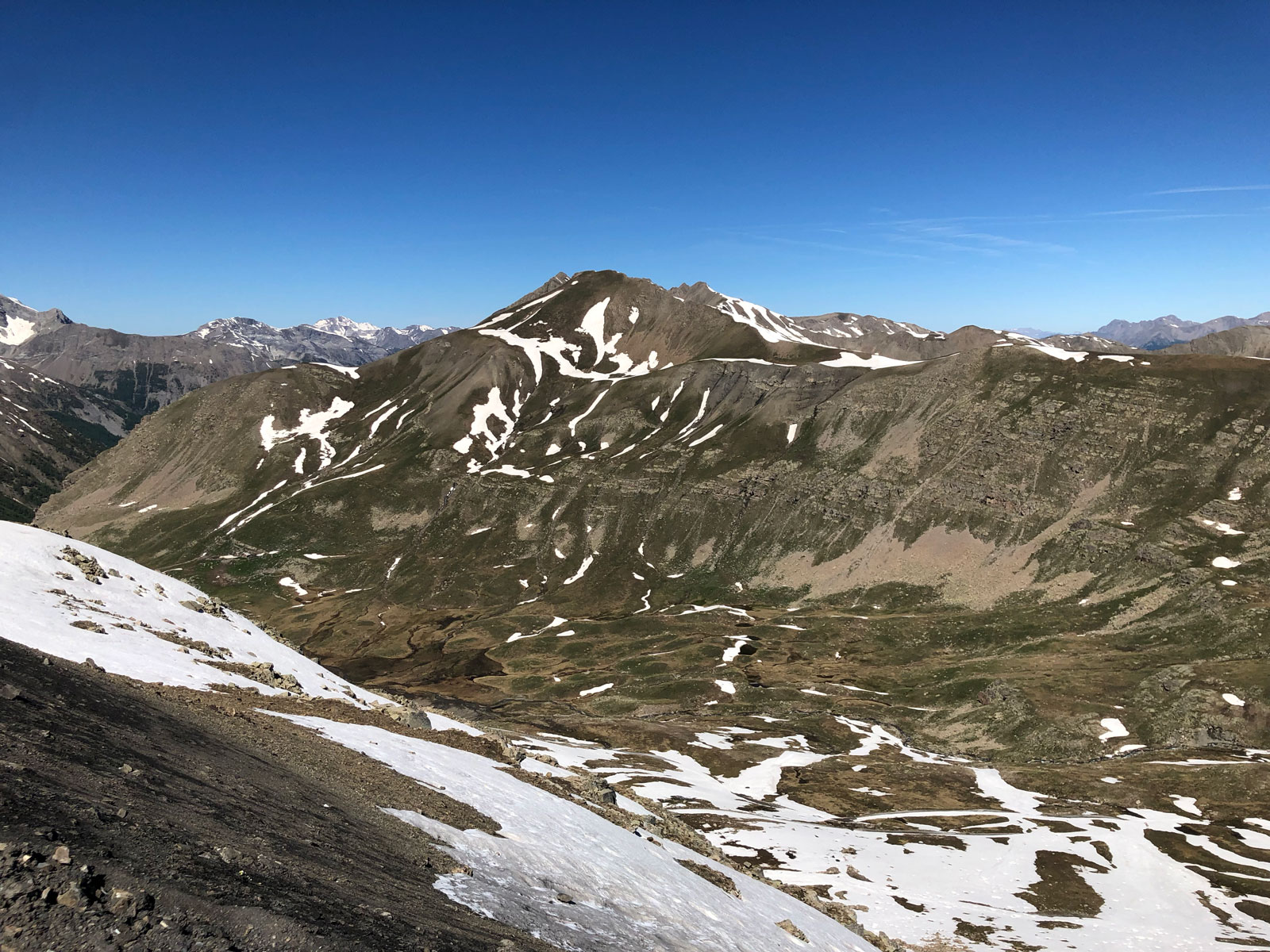 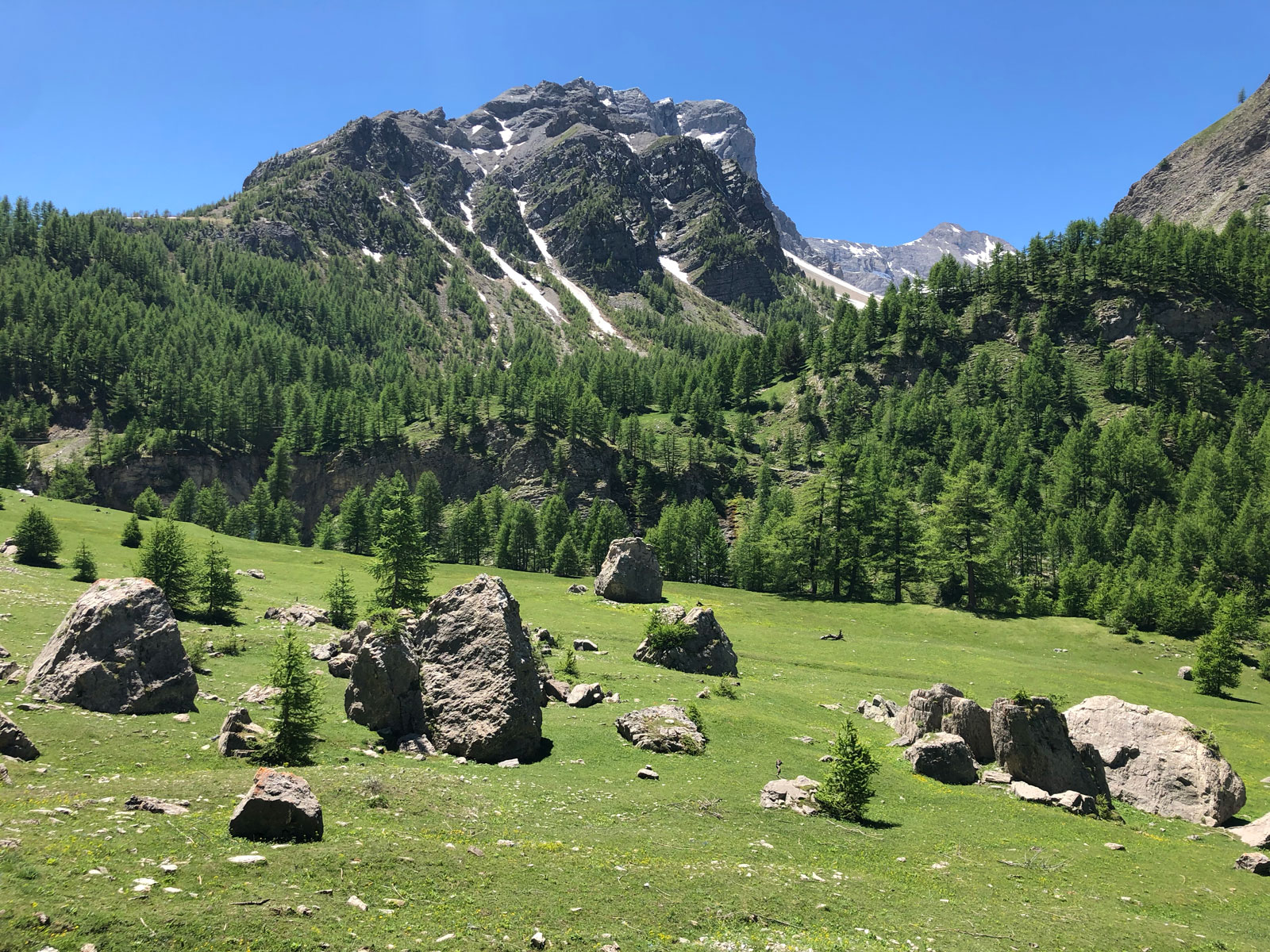 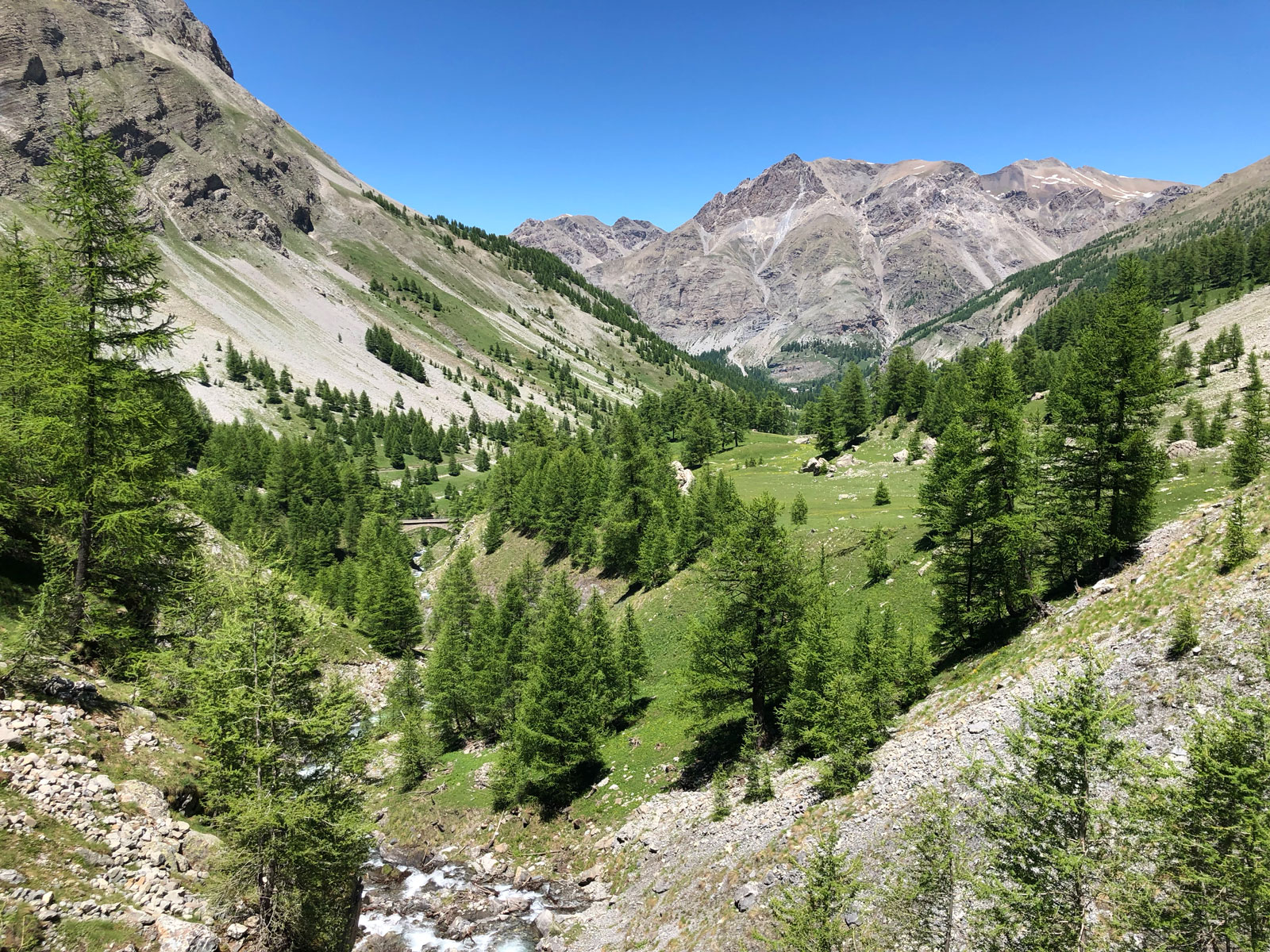 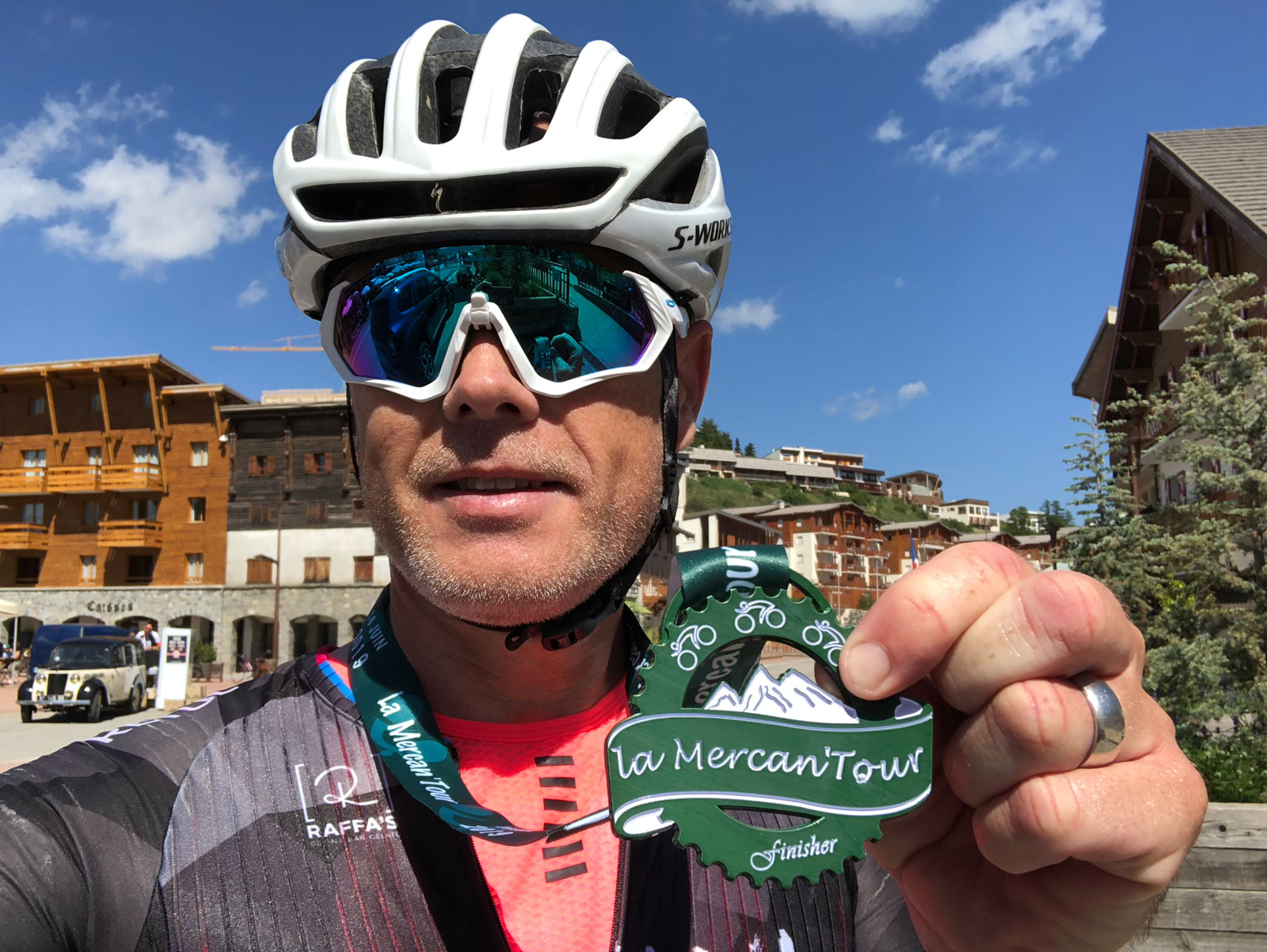